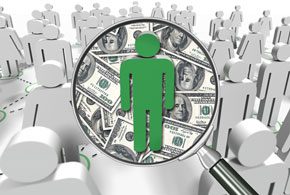 People searching for jobs across the U.S. using Google Search will now get estimated salary information right alongside the job posting in which they are interested.

“Salary information has been one of the most requested additions from job seekers,” Zakrasek said in a post on Google’s Webmaster Central blog Nov. 15. Posting information about the salary an applicant can expect for a particular job makes it easier for them to evaluate whether the job is a fit, Zakrasek said.

The new feature also provides an opportunity for job websites and employer sites with estimated salary information to increase brand awareness and get more referral traffic to their sites, he said.

That’s because Google will display a representative logo of the site from which it uses estimated or actual salary information for a particular job listing. Users will be able to click on the logo to navigate directly to the site’s salary estimate pages when the estimate data is displayed, Zakrasek said.

Google has released information on how site operators can mark up their salary information pages so that Google’s search engine crawlers can find them.

Google announced the job search capability itself this June. It allows employment seekers to search for jobs across the U.S. using Google Search and terms like “jobs near me” or “teaching jobs”.

For many of the jobs listed in the results Google also provides reviews and ratings of the employers sourced from what Google has described as trusted sites. Users signed into their Google accounts also get commute time information so they can decide quickly if they want to pursue the opportunity.

As part of the effort Google is working with sites that list job openings such as Monster, CareerBuilder, Glassdoor and LinkedIn. According to Google, the goal is to ensure that jobs posted on their sites are available as soon as possible via Google Search. Google has also released documentation on how employers can directly make their job postings more discoverable on Google Search.

Google in Nov. 2016 also released a Google Cloud Jobs Application Programming Interface (API) designed for use by enterprises, job boards and by applicant tracking systems. The API leverages machine-learning technology to try and better match a job seeker’s experience and preferences with current job openings and anticipated ones.

The number of companies with jobs displayed on Google has increased 60 percent since summer when Google launched the new jobs search feature. Zakrasek said. It has also helped connect tens of millions of employment seekers with jobs and salaries matching their requirements, he claimed.