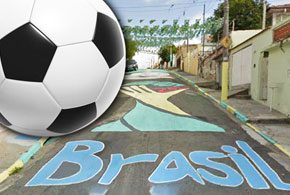 Google and its vast IT infrastructure have been busy during the FIFA World Cup 2014 crunching data to predict the ongoing results of the soccer tournament, and so far, the Google Cloud Platform analysis has been correct in 11 of the 12 matches played since the Round of 16.

The predictions have been made in the last couple of weeks using Google Cloud Dataflow, BigQuery and Compute Engine services, according to Benjamin Bechtolsheim, a Google product marketing manager, who detailed the research in a July 7 post on the Google Cloud Platform Blog.

The cloud modeling is being done to show how Google Cloud Platform can be used to analyze large datasets, build statistical models and use machine learning to predict the outcome of future events, Bechtolsheim wrote in a previous blog post about an earlier round in this year’s competition. In that first round, Google’s predictions were right in 8 out of 8 matches.

The only match where Google’s cloud analysis has been wrong is in Germany’s defeat of France by a 1-0 score, wrote Bechtolsheim. “We gave France a 69 percent chance [of winning], but we were wrong. Germany defeated France 1 to 0. That was the only game that upset our predictions. After going 8 for 8 in the Round of 16, we’re now at 11 for 12.”

So where did the error come in? “In the first four games of the World Cup, France took more shots than Germany, had more shots on target, and their shots were from a more ‘dangerous location’ (that is, closer to the goal),” he wrote. “This information complements actual goals to form an ‘expected goals’ statistic in our model.”

The World Cup is now moving on to the semi-final rounds, with Brazil taking on Germany and the Netherlands playing Argentina.

And what is Google’s Cloud Platform predicting in those matches? The analyses call for a 59 percent chance that Germany will defeat Brazil and a 61 percent chance that Argentina will beat the Netherlands, wrote Bechtolsheim. “These predictions are based on the results of the quarterfinal games in addition to the previous World Cup games,” he wrote. “Our model doesn’t take into account the fact that Brazilian striker Neymar is out of the tournament with a back injury, so the scales might actually tip a bit further in Germany’s favor.”

Google conducted the analyses using touch-by-touch data from sports data vendor Opta, which includes statistics from multiple seasons of professional soccer leagues as well as the group rounds of the World Cup, according to Bechtolsheim. “Using data from the many leagues where World Cup players play, we were able to examine how behavior in previous games predicted performance in subsequent games. Our model also relied on two other data sources: (1) a power ranking that was built by BigQuery engineer Jordan Tigani and (2) a subjective measure of team support based on enthusiasm and the number of fans who had traveled to Brazil. This took the place of a simple ‘home team advantage’ in the model.”

Now all that’s left is the playing of the actual games. Brazil and Germany play on July 8 and Argentina and the Netherlands play on July 9. The final game to crown a champion is set for July 13.

This year’s World Cup tournament has received lots of attention from Google. Google Search has been inundated with search requests about the games, players, schedules and more, according to an earlier eWEEK report.

In June, Google unveiled several World Cup-centric search features to give soccer-crazed fans all they wanted to know as it happened. Google is also celebrating the World Cup 2014 competition by presenting a detailed Street View gallery of the 12 stadiums in Brazil that are hosting the games, giving fans inside views of the facilities. In addition, there’s a related Street View gallery of colorful images of public streets that have been painted to commemorate the games. The painted streets are one of Brazil’s tournament traditions.

Google’s World Cup 2014 features follow its other activities in the world of sports in recent years. In February 2014, Google Street View expanded its imagery for cities and towns in the host country of Russia just in time for the Sochi 2014 Olympic Winter Games to help Olympics fans vicariously explore some of the sites they were watching on television and online during the events.