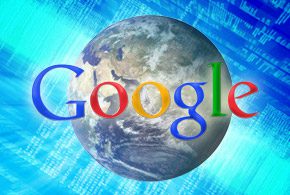 To commemorate the 70th anniversary of the D-Day invasion on the Normandy coast in France on June 6, 1944, the Google Cultural Institute has created a series of special online exhibits to illustrate the emotions, power and destruction of an epic and successful World War II battle that likely changed the course of the war.

The online exhibits include an in-depth look into the Normandy landings on June 6, 1944, featuring some 470 new documents and images, according to a June 4 post by Sixtine Fabre, associate program manager for the Google Cultural Institute, on the Google Public Policy Blog.

“On June 6, 1944, the largest air, naval and military operation in history took place on the coast of Normandy,” wrote Fabre. “To commemorate the 70th anniversary of D-Day, we’ve partnered with a number of cultural institutions and veterans from the U.S., U.K. and France to help share the stories of the Normandy Landings through the Cultural Institute.”

The new exhibits commemorating D-Day and its events range from photos of important preparations that were made for months before the invasion to special meetings of Allied leaders that were arranged prior to the battle. Also featured in the new online exhibits are images of the Allied soldiers in action as well as images of original and historic documents such as President Franklin Delano Roosevelt’s D-Day Prayer and a top secret progress report from Gen. Dwight Eisenhower to Gen. George C. Marshall, wrote Fabre. “These pieces have been curated into digital exhibits that present a timeline of events for those who want to be guided through the content. For visitors who have a specific photo or document in mind, the search function allows users to find specific archival material.”

The exhibits were assembled with the help of several partners, including The National Archives, The George C. Marshall Research Foundation, The Imperial War Museum and Bletchley Park codebreaker center.

“Technology allows us to bring together information from around the world to showcase different perspectives on one moment in time,” wrote Fabre. A special Google+ Hangout on Air (in French and available for replay) was also featured in a broadcast from the Caen War Memorial in France on June 4, featuring American, French and British D-Day veterans as they told their stories about the invasion. “Whether it’s through the Cultural Institute or Hangouts on Air, we hope you’ll take the chance to learn more about D-Day and remember this important piece of our history.”

The Google Cultural Institute, which was established in 2010 to help preserve and promote culture online and to make important cultural material available and accessible to everyone and to digitally preserve it to educate and inspire future generations, has been actively adding to its growing collections.

In April 2014, the Institute began offering virtual tours of the opulent Palais Garnier opera house in Paris using Google Street View images to showcase the beautiful and grand opera house, which has been hosting performances since it opened in 1875.

Earlier in April, the Institute helped to highlight the U.S civil rights movement through a fascinating online collection of documents, photographs and film clips in commemoration of the 50th anniversary of the Civil Rights Act of 1964. Among the highlights of the online collection is an emotionally worded telegram from Dr. Martin Luther King Jr. to President Kennedy from June 1963, as well as a personal request to meet with Kennedy on the day of the March on Washington in August 1963 from one of the organizers of the March. Also included is a copy of The Civil Rights Act of 1964 itself. The collection, with its photos, documents and other content, is moving as it describes and re-creates the turmoil of the nation during the period, which also included the shocking assassination of President Kennedy on Nov. 22, 1963.

A “Women in Culture” project was launched by the Institute in March 2014 that tells the stories of known and unknown women who have impacted our world to commemorate International Women’s Day.

In November 2013, the Google Cultural Museum showcased the five handwritten versions of Abraham Lincoln’s Gettysburg Address online in commemoration of the 150th anniversary of his famous and moving 272-word speech. The five versions were placed online in a special gallery for viewers to read and review. Five different copies of the Gettysburg Address were written by Lincoln and given to five different people, each named for the person to whom they were given, according to AbrahamLincolnOnline.org.