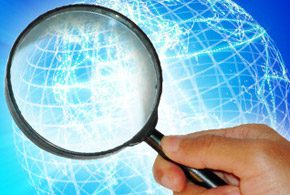 Google’s Street View cameras captured amazing 360-degree color images of the lush Galapagos Islands earlier in 2013, and now the photographs are being shared with online viewers as part of the Street View project.

“Now you can visit the islands from anywhere you may be, and see many of the animals that Darwin experienced on his historic and groundbreaking journey in 1835,” wrote Raleigh Seamster, project lead for Google Earth Outreach, in a Sept. 12 post on the Google Lat Long Blog. “The extensive Street View imagery of the Galapagos Islands will not only allow armchair travelers to experience the islands from their desktop computer, but it will also play an instrumental role in the ongoing research of the environment, conservation, animal migration patterns, and the impact of tourism on the islands.”

The photographs, which were collected in May using Google’s specialized Trekker cameras, were captured in partnership with the Directorate of the Galapagos National Park and Charles Darwin Foundation, according to Seamster.

“One way in which the Charles Darwin Foundation plans to use the Street View imagery for science is by allowing the public to help identify plants and animals observed when navigating through the imagery,” wrote Seamster. “Together, Charles Darwin Foundation and iNaturalist—a web site and community for citizen scientists—have developed a new project they are excited to launch today: Darwin for a Day.”

The Darwin for a Day project is a Web application that invites users “to step into Darwin’s shoes by exploring the Galapagos Islands through Google Street View and document its unique plants and animals,” according to Seamster. Visitors can find an animal or plant they’d like to catalogue and can describe it in an observation created within the application. “You can just enter your best guess as to what it is—for example, ‘bird’—or enter in the scientific name, if you know it.” All input and observations from guests online will be shared with the iNaturalist community and the Charles Darwin Foundation as part of its research of the Galapagos Islands, he wrote.

Darwin’s discovery of the Galapagos Islands came in 1835 during a 10-day expedition, which is being marked this week with its 178th anniversary, Seamster wrote in a related Sept. 12 post of the Google Official Blog. “This volcanic archipelago is one of the most biodiverse and unique places on the planet, with species that have remarkably adapted to their environment. Through observing the animals, Darwin made key insights that informed his theory of evolution.”

The Street View crew used its specialized photographic equipment to capture images of the area that was first explored by Darwin and his crew. “Darwin may have first sighted San Cristobal Island from the water, perhaps near where we sailed with the Trekker strapped to a boat in order to observe the craggy shoreline and the magnificent Frigatebirds that the rocky landscape shelters,” Seamster wrote. “After landing on San Cristobal, we made our way to Galapaguera Cerro Colorado, a breeding center that helps to restore the population of the island tortoises, seriously threatened by invasive species. Wearing the Trekker, we walked by giant tortoises munching on leafy stalks and recently hatched baby tortoises.”

In August, Google’s Street View program bolstered its recently created Views Gallery with new facts, notes, details and behind-the-scenes stories about some of the spectacular locations featured in the Street View collection.

The Views gallery was launched in July 2013 as a place where online visitors could add their own gorgeous photos to the amazing maps that are constantly being created with Google Maps.

Google is always busy expanding its 6-year-old Street View collection of images from the world’s most amazing places. Also in July, Google Street View cameras captured fun images inside the Harry Potter Studio in London to give viewers an inside tour of the world of the popular book and movie character. The images cover a portion of the inner sanctum of the Warner Bros. Studio Tour, where the sets and scenery from the beloved Harry Potter films are on display for visitors in real life, from the inside of The Great Hall to the oft-seen cobblestones of Diagon Alley, where Harry and his friends began their adventures. Now, instead of jetting off to London, Harry Potter fans can explore part of that Studio Tour—the infamous Diagon Alley marketplace—using the 360-degree views and full-color imagery provided by Street View for their virtual tour.