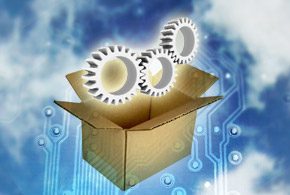 SAN FRANCISCO—HPE and Rackspace gave more details as to why they think their recently announced partnership of a pay-per-use on-premise infrastructure service will succeed.

At a media briefing here Dec. 12, the companies announced the OpenStack Private Cloud with pay-per-use infrastructure as a managed service.

Rather than pay to buy and maintain servers, this service will enable enterprises to pay for compute and storage services on as-needed basis, similar to what Amazon Web Services and other public cloud platforms are offering.

The difference is rather than moving their data and applications to public cloud platforms, such as AWS, Microsoft Azure or others, companies will retain control of their IT assets in their own data centers or at collocation facilities of their choosing.

“If you listen to the press everything is going to the public cloud, but if you look at what enterprises are doing, they are looking at which platform is optimal. For many the economics is better for private clouds,” said Scott Crenshaw, Rackspace executive vice president of Private Cloud.

He also noted there is increased concern within enterprises about where data is located and where it can legally be stored, particularly in Europe which will start enforcing the General Data Protection Regulation next May.

Ana Pinczuk, senior vice president and general manager of HPE’s Pointnext (the tech giant’s services portfolio) said the offering dovetails with the needs of its enterprise customers. “When we think about public versus private cloud services, they’re both growing at about 15 percent for managed host services. What we’re seeing is that customers want to have a choice,” she said.

Pinczuk gave the example of a customer she recently met with who plans to deploy smart metering. “They’re trying to figure out what part should be public and what part private.”

While it hasn’t yet been adapted to the OpenStack Private Cloud, Pinczuk told eWEEK that HPE plans to offer its OneSphere multi-cloud management platform as “a single pane of glass” for IT to manage both public and private cloud services.

“A lot of what we do is with video and there’s a real advantage to being as close as you can to where the content is. The I/O of a private cloud is way more efficient than a public cloud.” He said this is important factor to meet the mission critical demands of broadcasters who need to show a soccer match goal or the finish of a Formula One race, crisply, in real time without any delays.

David Floyer, a research analyst at Wikibon, said the OpenStack Private Cloud will appeal to a lot of enterprises from a security and control standpoint.

“If you are creating or collecting the data somewhere and want to analyze it in real time, ideally, you want to process it as close to where it’s been created as you can,” Floyer told eWEEK.

He cited opportunities for retailers, for example, to collect information on shoppers and offer discounts on items they may be looking at in the store. “You want to know what’s happening in real time and be able to respond quickly,” he said.