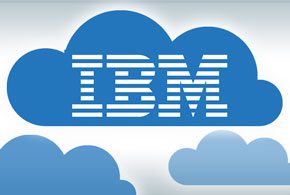 IBM celebrated the second anniversary of its Bluemix Platform as a Service by releasing a long list of new features at the company’s IBM InterConnect 2016 conference in Las Vegas last week.

The added functionality includes a set of new Watson APIs available on the IBM Watson Developer Cloud on Bluemix. These include three APIs in beta evaluation mode, Tone Analyzer, Emotion Analysis and Visual Recognition. In addition, IBM updated its existing Text to Speech (TTS) API with new emotional capabilities and made it generally available as Expressive TTS.

Since its introduction at the IBM Pulse conference two years ago, Bluemix has grown significantly. Bluemix is more than a typical PaaS, which enables enterprise developers to build, run, and manage applications without the expense and complexity of maintaining the computing infrastructure typically associated with modern software development.

Bluemix does all of that, but it also provides a broad catalog of services and adheres to IBM’s strict commitment to provide options for enterprises to run hybrid cloud environments.

IBM has a lot of incentive to steadily build up Bluemix. The rapid pace of these additions to the Bluemix platform’s capabilities is evidence of its critical importance to IBM’s strategy to get the company growing again. Cloud computing is one of the five strategic imperatives, along with data analytics, mobile, social and security that IBM has targeted to generate new revenue streams and reverse a long-standing trend of declining revenue from mature businesses.

Part of that strategy is to attract as many commercial and corporate developers as possible to the Bluemix platform. In particular, IBM is providing tools on Bluemix for developers who want to work with Apple’s popular Swift programming language.

IBM said developers can build their Swift applications on Bluemix and deploy them with the company’s open-source Kitura Web server on OSX and Linux.

“I think if you want to reach modern developers today, you need to reach them with a cloud solution,” Mike Gilfix, vice president of IBM MobileFirst Offering Management, told eWEEK. “By bringing Swift to Bluemix, we’re making it possible for those developers to create their business logic on the cloud and do so simply.”

This is important, Gilfix said, because “once they do that, the next step is going to be to access the wealth and capability that we have in Bluemix. That’s where it gets really interesting, where they can build a cognitive app, they can build an analytics app, and for business where they can go in and access their back end systems simply and quickly.”

Along with Swift on Bluemix, Big Blue also delivered the IBM Bluemix OpenWhisk platform, which enables developers to build micro services that execute software code in response to events. When an event occurs, the code is automatically executed, IBM said.

“We have a new technology called ‘chaining’ where developers can quickly glue together their code with code from teammates or with code from the community to make that all happen at once,” he said.

Meanwhile, IBM also released a new set of integration services for IBM Cloud that will help with digital transformation efforts by enabling organizations to expand existing legacy solutions to the cloud, including those built around IBM’s WebSphere middleware.

IBM said it expects this will make it easier for the estimated 13 million Java developers in the world to connect their apps to the cloud. The company also will continue to extend WebSphere to Node.js and Swift developers via Bluemix.

“Bluemix is the cloud platform for both development and runtime,” said Marie Wieck, general manager of Cloud Integration at IBM, in an interview. “So we’ve taken all of our core middleware, take WebSphere for example, we’ve decomposed it to the Liberty service that we offer on Bluemix. We’re putting all of our new services on Bluemix, including those from new acquisitions. So our place to start with any new service is on Bluemix.”

In addition, IBM and GitHub said they plan to deliver GitHub Enterprise source code management platform as a dedicated service on Bluemix. And these are just a sampling of all the new capabilities IBM announced at InterConnect.

Bluemix originated from IBM’s thinking about the best way to support developers in the cloud, said Damion Heredia, vice president of Cloud Platform Services for Bluemix. The question, Heredia said, was “how do we help our mass developers in enterprises and SMBs build applications in the cloud faster?”

IBM found that when it came to building cloud applications, development teams were spending a majority of their time setting up infrastructure, he said. A good portion of that time was spent on maintaining the infrastructure. So provisioning virtual machines, the cache, storage, locking down security, assembling the network, and setting up the tests to make sure it all works, were delaying the actual programming effort, according to Heredia.

“Developers were spending too much time on the plumbing and not enough time on the business of writing code. Bluemix lets them focus on the code,” he said.

IBM began working on what became Bluemix around 2010, Angel Diaz, vice president of cloud technology and architecture, told eWEEK. IBM continued on its own but then selected Cloud Foundry as the foundation for Bluemix and teamed with Pivotal to harden the technology and launch the Cloud Foundry Foundation.

“When people see it their view is this is really modern technology with capabilities they expect from startups, but it’s available for the enterprise and they can use it,” he said.

“For example, when IBM designed it, they released a public cloud version, but they designed Bluemix Dedicated and Bluemix Local so that it would be a true hybrid solution,” Heredia said. So users could run Bluemix in a dedicated or isolated environment just for their own environment, such as behind the firewall at a bank. And it would look like a node in their data center.

“That really broke the seal for some of these enterprises to start adopting cloud at scale,” Heredia said.

For example, a large enterprise such as a bank might want to start developing cloud apps, but is unsure about building important apps on the public cloud.

Bluemix allows enterprises to run some apps in the public cloud, but retain some more sensitive business apps to run on a private cloud in a hybrid configuration, he explained.

Now Bluemix supports all three options. There is a “local instance, a dedicated instance and then the public set of services that they’re using and they run them as one catalog. So as the developer logs in, there’s just one list of options and they’re badged as to which ones are local, which ones are dedicated and the rest are public,” He said.

“It’s a borderless experience and that was our differentiation in the market. It was bringing the hybrid angle to the enterprise, which was not out there,” Heredia said.

“Relay is one of the very unique technologies IBM is bringing to the cloud discussion,” said Steve Robinson, general manager of Cloud Platform Services for IBM Cloud.

Focused on the client and value Heredia said unlike some of the other PaaS options, particularly early on, IBM came in with a focus on the enterprise user’s problems, whereas a lot of competitors were focused on smaller shops that didn’t have enterprise needs.

“We did make a very conscious effort to say we’re going after the full spectrum of developers who’ll be able to use this product, but the features that you’ll love in the enterprise are right front and center,” he said.

“From the contract to the SLA [Service Level Agreement], to the way it’s priced, to local and dedicated, to the support we provide to the services, to the garages, that whole package was designed so that enterprises could make the journey to the cloud with us.”

That enterprise focus paid off early on. James Gardner, CTO of Spigit, a startup and early Bluemix user, said. His shop started out using Heroku, but they experienced challenges because Heroku is largely consumer focused, while Spigit needed a platform built for the enterprise.

With Heroku, Spigit couldn’t get enterprise customers to sign deals because there were no SLAs. Spigit also wanted to use a PaaS to reduce their operations load, as well as reduce their security profile. Bluemix fit all of that, Gardner said. In addition, the company took advantage of Bluemix’s DevOps capabilities.

With Bluemix, IBM has provided a bridge to the cloud for enterprise clients and is enabling new clients to adopt cloud in a way that meets their needs.

“We do have a very large set of communities around IBM, from DevOps, to our WebSphere to our developerWorks community, which is millions strong,” Heredia said. “Those communities are plugged into Bluemix and are driving adoption. We’ve also made a conscious decision to embrace other communities.”

Diaz said IBM has more than 1 million Bluemix developers and is gaining 20,000 new users each week. He added that Bluemix’s catalog of more than 120 services—a significant portion of them driven by IBM’s Watson cognitive computing system—is a major, if not the major factor that brings developers to the platform. He referred to it as the “candy store.”

“Bluemix is a very big deal for IBM both practically and strategically, but I believe that it also represents something more than that—a logical destination for IBM’s transformation into a software-driven enterprise IT vendor,” Charles King, principal analyst for Pund-IT.

The process began in the late 1990s, King noted, and reached an initial apogee with the company’s acquisition of Rational in 2003—a deal that confused some analysts. “After all, what did a company whose revenues were still being driven by hardware sales want with a company focused on software developer tools?”

But IBM recognized two things, King said. “The first was that the tens of thousands of developers in its employ could gain significant productivity and other benefits from Rational solutions; and two, that it could substantially monetize those solutions by selling them to enterprise customers employing their own developer corps,” he said.

But the advent of Bluemix demonstrates why it was so important for IBM to build up its portfolio of software development tools and services so it could reach a broad population of enterprise developers.