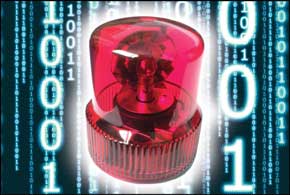 Working IT in Hollywood is a stressful gig these days. Microsoft hopes to relieve some of the pressure with its slate of secure, cloud-based media services.

Retailers, banks and healthcare organizations aren’t the only ones targeted by attackers. Movie studios, production companies and the entertainment industry at large are increasingly at risk.

In April, a hacker group called The Dark Overlord leaked episodes of Netflix’s hit show, Orange Is the New Black. The breach was reportedly traced to Larson Studios, a third-party post-production company and finally culminated in the leak of 10 unreleased episodes after Netflix declined to pay the attackers a ransom.

On July 31 there were news reports of a major cyber-attack resulting in a data breach at HBO cable network. Among the 1.5TB of data allegedly nabbed by hackers were some episodes of the premium cable channel’s original series and script for the next episode of Game of Thrones. This all follows the high-profile attack on Sony Pictures Entertainment in 2014, which caused $35 million in losses according to company estimates.

Apart from the damage to Sony’s bank accounts, the attack gave rise to shadow IT and turned back the clock at the company’s Culver City, Calif. headquarters. In the wake of the breach, workers resorted to using personal systems to trade emails and create documents. Fearing more damaging leaks, bike messengers, fax machines and in-person meetings made a comeback, despite a wealth of modern-day collaboration tools.

To help its media and entertainment customers avoid the same fate, Microsoft is demonstrating how to make it tougher for attackers to gain authorized access to movie-making assets, at least on its Azure cloud computing platform.

During the SIGGRAPH 2017 computer graphics conference in Los Angeles this week, the Microsoft is showcasing its Azure Cloud Platform Hardening Guide on how to handle sensitive Hollywood studio assets, said Alice Rison, senior director of Microsoft Azure, in a July 31 announcement. The document offers guidance on using tools like Blender, 3D computer graphics software commonly used in visual effects, along with Azure services including Active Directory, Key Vault and Batch, to deploy a secure render farm.

“If you’re already experienced in building render workflows with tools such as Conductor and Royal Render which can natively burst to Azure resources, then you’ll be pleased to know about Microsoft’s new partnership with Autodesk that brings the power of Maya, 3ds Max, and Arnold to the cloud,” stated Rison. Continuing the cyber-security theme, Microsoft scheduled an Aug. 1 session on Secure Burst Rendering during SIGGRAPH.

For added assurance, Microsoft has collected a number of entertainment industry certifications.

Its Azure cloud has the distinction of being the first public cloud that has been certified by the Content Delivery and Security Association (CDSA) to comply with its security standard. It is also the first MPAA-audited public cloud, according to Microsoft. Finally, in the U.K., the platform has been given the Federation Against Copyright Theft’s (FACT) seal of approval.