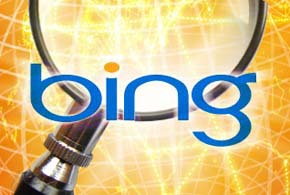 The software giant this week announced a new template, Advanced Search for Bing News, that employs a host of Microsoft cloud services and machine learning technologies to seek out news items on a given keyword or topic from hundreds of sources. Using the gathered information, the template can generate visualizations that puts things into perspective.

“A brand manager can use the cluster map to quickly identify topics they want to learn more about and further qualify them by things like timeframe, news category or perhaps sentiment bucket—and then easily navigate to the articles themselves for full exploration of the topic,” offered Microsoft Power BI program manager Justyna Lucznik, as an example in her blog post.

“This allows brand managers to connect to the right articles quickly and in a visually impactful way,” she continued. Users can also organize their results based on locations, people and organizations.

The template is the internet news counterpart to the Campaign/Brand Management for Twitter template Microsoft released last September, Lucznik noted. Similar to the Bing News template, it can be used to track sentiment and topic trends. Additionally, it enables organizations to monitor how Twitter’s throng of users react to their products and services.

Meanwhile, users of the Power BI Desktop software will have several new capabilities to explore in the March 2017 update.

Power BI’s new report theming capabilities, currently in preview, allow organizations to harmonize their charts, tables and other visuals with their corporate branding. Users can set colors for a number of elements, including the foreground, background and table accents.

Other enhancements include the ability to add percentages to pie and donut chart data labels and a new cross-highlighting option in charts that allows users to select multiple series, enabling more complex comparisons, said Cofsky.