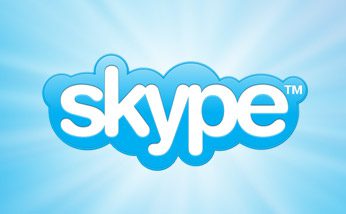 Microsoft released some statistics that provide further insight into why the software titan forked over $8.5 billion for Skype in 2011. It’s a lesson in how the right investment—and a heaping pile of cash—can help a company nab a treasure trove of consumer engagement.

Collectively, Skype’s user base spends 2 billion minutes each day connecting with one another via voice over IP (VOIP), chat or video calls.

To put things in perspective, Elisa Steele, corporate vice president of Microsoft’s Skype Division, authored a blog post that details what those minutes add up to. Essentially, she said, the time spent on Skype each day can be measured in millennia.

“2 billion minutes is more than 33 million hours of people singing, laughing, joking and staying in touch. That means 1,388,000 days of togetherness, which make up more than 3,805 years of sharing or nearly 38 centuries of time spent on Skype in one day,” Steele wrote.

She wrote that Skype’s success is due to the technology’s ubiquity and portability. “Thank you for making Skype a part of your daily life. With numbers like these, it’s clear that Skype is more than just for special occasions—it’s for being together with those who matter most—at work, at home and anywhere in between,” she wrote.

Skype’s popularity is no accident. It was an early VOIP and video-calling innovator, enabling consumers to enjoy free and low-cost worldwide communications across IP and broadband networks. As users flocked to social media, Skype evolved in lockstep by rolling out social features and forging a partnership with Facebook.

And when smartphones and tablets threatened the PC as the computing platform of choice, Skype established a foothold on the mobile market by publishing apps for Apple iOS and Google Android. “With Skype you can connect with the people you care about most on any device—PCs, iPhones, iPads, Kindle Fires, Androids, Macs, Windows Phones and even TVs,” Steele said.

Following the completion of the Skype acquisition, Microsoft has been hard at work integrating Skype into its software ecosystem.

Skype functionality was baked into Windows 8, the latest edition of the company’s flagship OS. Microsoft is also currently in the midst of transitioning users of its Messenger chat service to Skype.

This summer, the company plans to link Skype with Lync, Microsoft’s enterprise communications platform. Giovanni Mezgec, general manager of Lync, told eWEEK Feb. 12 that the move will further erode the distinctions between business and consumer communications, potentially opening the door to more collaborative and frictionless experiences.

“By bringing the assets that we have on the consumer front with Skype and on the enterprise front with Lync, we can have a unified platform that really brings communications from the living room to the boardroom in a way that makes sense and is rationalized and connected rather than having disconnected islands,” Mezgec said.