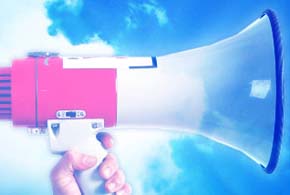 The testimony before the Senate Subcommittee on Crime and Terrorism started out as a discussion of how foreign propagandists and terrorists use social networks to sow disinformation and hate.

But later the discussion before the subcommittee, part of the Senate Judiciary Committee turned to news of an attack in Manhattan in which at least eight people died when they were mowed down by a suspected terrorist driving a delivery truck.

The subcommittee scheduled the hearing Oct. 31 to hear testimony from lawyers for Facebook, Google and Twitter about what their respective companies were doing to keep a lid on Russian attempts to interfere with domestic political activities in the U.S.

The second half of the hearing was given over to experts on international terrorism to discuss their research into the use of social networks and file sharing sites in the U.S. by terrorist and hate groups.

Clint Watts, who holds fellowships with the Foreign Policy Research Institute, the German Marshall Fund of the United States and the Center for Cyber and Homeland Security at George Washington University, started his testimony by describing how foreign interests use social media in the U.S. for their operations and to influence public opinion here.

But then he dropped bombshell in the hearing chamber as he described a sudden increase in the level of chatter on social networks that coincided with an afternoon attack n New York City, where a suspected terrorist drove a rental truck down a bike path in lower Manhattan, killing eight and injuring at least 12, before ramming a school bus.

Watts went on to describe what was known of the attack at the time and to describe the increase in activity on terrorist networks. While he said that it was impossible to know just yet if the driver of the truck had been directed by the Islamic State, it was clear that they were aware of the attack.

He also described how terrorists groups have been using social media for years to recruit members and to spread their violent creeds.

“A decade ago, al Qaeda in Iraq littered YouTube with violent videos,” Watts explained in his testimony. “A few years later, Twitter became a playground for al Shabaab’s violent tirades in Somalia and the devastating Westgate shopping mall attack in Kenya. During this same period, I watched from my laptop and cell phone as thousands of young men and women used Facebook, Twitter and later Telegram to join ISIS, helping pave their way to becoming the Islamic State and executing never before seen terrorist attacks on many continents.”

Watts said that during the time he was studying the use of social media by terror groups, he also encountered Russian influence efforts.

“In the nearly four years since,” Watts said, “I’ve watched as they’ve employed social media at a master level to perpetrate the largest and most successful information attack in world history—a campaign that continues to harm our country even today.”

Prior to Watts’ testimony, lawyers for Facebook, Twitter and Google testified that their companies were working to prevent misuse of their social networks and Web services by terrorists or by the Russians spreading disinformation.

Each company representative explained that they had algorithms designed to filter out what Facebook calls non-authentic users. They also explained that they were trying to make advertising buys more transparent so that it would be obvious when ads were being placed by suspicious users.

During the questions that followed the presentations, Watts said that the abusive activities on social media continued unabated, despite the statements by the social media companies that they were doing their best to control them.

Michael S. Smith, II, a terrorism analyst and International Security Program Fellow at New America, said that the big social media companies could do a lot more than they are now to prevent the misuse of their networks by terrorists and other state-sponsored actors, including the Russian Internet Research Agency, which was responsible for much of the disinformation activity conducted by the Kremlin over the past four years.

Smith said that the fact that the social networks allow the use of methods that make it impossible to determine the location of a user encourage the use by everyone from terrorists to Russian propagandists.

“To deter violations of its policies, such as defacing pages about high-profile public figures and issuing terroristic threats, the popular online encyclopedia Wikipedia has blocked editorial controls for parties seeking to alter or add content to its popular site when using virtual private networks o mask their physical locations,” Smith explained. He suggested that at a minimum, Facebook, Twitter and other sites could do the same.

Sen. Al Franken (D-MN) asked why it was so hard for organizations such as Facebook to pick up on Russian activities, noting that it should be pretty obvious when someone paid for a political ad in Rubles. Colin Stretch, Facebook’s general counsel, was not able to provide an answer.

However, Stretch provided new information on the nature of Russian activities on Facebook involving political ads and with issue advertising. He said that the Russian activities did target candidate Hillary Clinton, but that most of the ads were designed to spread dissention and undermine trust in democracy. He also said that following the election, the Russian activities shifted to ads attempting to create doubt about the newly-elected Donald Trump’s legitimacy.

Stretch said that Facebook now believes that at least 127 million Americans saw content produced by the Russian Internet Research Agency, most of it issue advertising designed to be as divisive as possible.

Currently the terrorism experts are calling for legislation that would place some controls on how groups can gain influence via social media by making some activities illegal, while protecting social media companies from charges of censorship.

Many of the senators at the hearing are also looking for some way to craft legislation. Unfortunately, it’s hard to see how that may happen since it was apparent during the hearing that they had limited knowledge of about the services they’re trying to regulate.