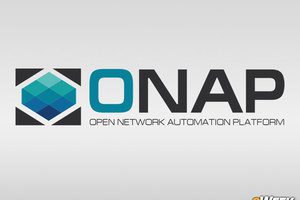 The Linux Foundation’s LF Networking group announced availability for the second version of ONAP,  or the Open Network Automation Platform that is codenamed “Beijing,” which is being used by AT&T and several other large carriers to manage and automate network traffic and security.

Beijing follows “Amsterdam,” which was a first release late last year that integrated the code bases from two other carrier orchestration projects, one from AT&T and the other from the largest providers in China, said LF Networking General Manager Arpit Joshipura, in an interview with eWEEK.

The ONAP Beijing release builds on that integrated base, adding several new areas of functionality and “deployability,” and plants the seeds for the third release, “Casablanca,” which will be the focus of the ONAP Casablanca Release Developer Forum, to be held in Beijing next week.

In addition to AT&T, ONAP is supported by Comcast, Bell Canada, Orange, China Mobile, China Telecom, Vodafone, Turk Telekom and Verizon, as well as all the major network equipment providers.

The new pieces include interfaces for industry standard APIs from groups such as the TF Forum, the MEF (Metro Ethernet Forum), and ETSI (the European Telecommunications Standards Institute), which enable ONAP to support services across any carrier and vendor product set.

Also new is the ONAP Operations Manager (OOM), which enables ONAP services to be managed and deployed as containers by Kubernetes and Helm, a package manager for Kubernetes.

The ONAP community made “deployability” a big part of the Beijing release to with the goal of making ONAP ready for any use case. Aspects of its readiness include documentation and user guides; security management; and stability, performance and resilience testing. “This is not a product, it’s a platform,” Joshipura said. “It’s deployment ready and tested for aspects of what a carrier end user deployment cares about. It’s usable, manageable, scalable, and performs to the specs.”

Getting ready for 5G

The forthcoming Casablanca, due at the end of the year, will build on Beijing with enhanced microservices capabilities and new features to support 5G network services.

Carriers such as AT&T are already deploying Beijing, while others are using parts of the platform or are in testing phases. What has become clear is that growing network demands for speed and availability are driving carriers to ONAP, which will lower costs and speed up their ability to add new services.

Beyond Casablanca, the Linux Foundation has not really begun planning where ONAP is going, other than being ready for 5G networks and devices coming online in the 2019-20 timeframe, Joshipura said.

“We started with the vision of automating services and connecting them to the right infrastructure. That was the whole concept of LF Networking,” he said. “We are really excited that ONAP in Beijing has come a long way. It’s deployment ready and supported by the global community.”