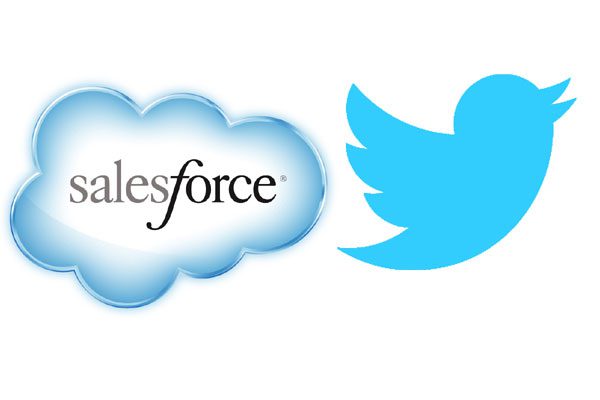 Salesforce, which three weeks ago had been thought to be the leading potential buyer for financially challenged Twitter, apparently has decided not to try to acquire the San Francisco-based mass messenger for an estimated $15 billion.

Twitter CEO Jack Dorsey told the Financial Times Oct. 14 that its most likely suitor has decided not to pursue a deal that would bring the world’s No. 1 public messaging network under its control.

“In this case, we’ve walked away,” Salesforce CEO and founder Marc Benioff told the UK-based newspaper. “It wasn’t the right fit for us.”

Back on Sept. 23, reports surfaced that Salesforce and possibly Disney Company and Google were interested in taking over Twitter, but nothing substantive came of those behind-the-scenes initiatives. Salesforce is the only one of the three that has publicly decided to drop its interest.

Twitter famously has been losing tens of millions of dollars per year for nearly the past decade. Salesforce also has not been officially profitable, but since both internet companies are considered in “growth mode,” that’s what investors want to see to maintain a continued supply of capital to both of them.

Twitter’s stock price, which had stabilized recently in anticipation that Salesforce might make a bid, dropped more than 6 percent in early afternoon trading Oct. 14 to $16.70. The stock value was $22.44 on Sept. 23. Prior to that day, the stock had dipped 30 percent over the past 12 months.

Shares of Salesforce went the other direction on receipt of the news. Salesforce’s stock value had dipped on concerns that Benioff would ignore investor concerns about buying the money-losing network; the stock improved by 4.4 percent to $73.74.

Twitter, one of the three busiest social networks in the Western world (with Facebook and Instagram), had a market value of about $13 billion as of Sept. 22.

That estimated value, however, is down substantially from a high of $40.7 billion in December 2013, according to Thomson Reuters. Twitter has had major changes in its leadership during the last 18 months, including at the CEO level, where Dick Costolo was replaced by co-founder Dorsey in July 2015.

Twitter enjoyed a period of explosive growth in both users and revenues after its founding a decade ago, but growth has slowed during the past few years.

Facebook’s Instagram and Snapchat now boast more users than Twitter, even though they are much newer, and advertisers have begun to move their ad dollars accordingly.

Twitter missed Wall Street’s sales expectations in both the first and second quarters of 2016, according to Thomson Reuters StarMine, and has yet to produce a net profit in 11 quarters as a public company. It will report third-quarter results Oct. 27, which a SunTrust analyst said he expects to be weak.

For more background on this story, go here.