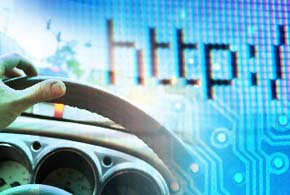 IBM and Cisco on June 2 announced a collaborative effort to provide fast Internet of things (IoT) insight at the edge of the network by combining Cisco’s network infrastructure and analytics technology with IBM’s cognitive computing and business process management solutions.

The collaboration will enable businesses and organizations in remote and autonomous locations to understand and act on data collected at the network edge where sensors and other devices are constantly gathering information.

The ability to analyze data at the point of collection is important, as streaming that data can be costly or otherwise difficult.

“We have lots of use cases with customers that are generating ridiculous amounts of data in a massively distributed way,” Mike Flannagan, vice president of data & analytics at Cisco, told eWEEK. “And they know that there is a lot of insight they can get from that data, but it’s a huge problem for them to move all of that data in raw form from an offshore oil rig or a pipeline or manufacturing plant up into the cloud because of the limitations of their network being able to move that volume of data.”

To address this problem, IBM and Cisco are offering this new approach where they are targeting companies operating on the edge of computer networks such as oil rigs, factories, shipping companies and mines, where bandwidth is often lacking.

Chris O’Connor, general manager of IBM’s Internet of things offerings, said the new IBM/Cisco collaboration will enable workers in remote environments to use the IBM Watson IoT platform and Cisco’s edge analytics to monitor their equipment and plan for maintenance as needed, which will prevent breakdowns.

“We felt that the ecosystem was extremely important, which is why it’s our privilege to be with Cisco announcing a set of initiatives that will align our technology so that the network-centric technology that Cisco brings around its edge and fog computing—particularly its edge and fog analytics—is collaborative with the business analytics and the business process solutions that IBM has been focusing on in the cloud,” O’Connor said.

By pushing some of the analytics capability down to where the data is being created and collected at the network edge or at the next step—which Cisco refers to as the fog—there is a huge amount of processing that can happen that will enable insights that would otherwise be missed, Flannagan said. So the companies took the opportunity to collaborate to help solve that problem for their respective customers. In Cisco’s parlance, the uppermost tier is the cloud or the data center. The opposite end is the edge of the network, where sensors and devices run. What is in the middle is the fog—everything between the edge and the cloud.

While the resulting solution should be notably flexible, it is being targeted at specific business and industry use cases, thus increasing the likelihood of success for both IBM and Cisco, and their shared customers, he added. Moreover, the effort qualifies as an excellent example of the good that can result from effective “coopetition” between known competitors who understand the value of creative collaboration, King said.

IBM, Cisco Team Up to Deliver IoT Analytics at the Network Edge

“The way we experience and interact with the physical world is being transformed by the power of cloud computing and the Internet of Things,” said Harriet Green, general manager of IBM Watson IoT, Commerce & Education, in a statement. “For an oil rig in a remote location or a factory where critical decisions have to be taken immediately, uploading all data to the cloud is not always the best option. By coming together, IBM and Cisco are taking the most powerful IoT technologies the last mile, extending Watson IoT from the cloud to the edge of computer networks, ensuring that the best analytics capabilities are available everywhere, always.”

Cisco and IBM are working with Bell Canada to deliver IBM Watson IoT and Cisco Edge over Canada’s largest and fastest 4G LTE network to enable customers to collect data in real time.

“This powerful joint IoT solution from Cisco and IBM, combined with Bell’s world leading network technology, enables customers to tap into innovative real-time analytics options to maximize performance across their operations, no matter where they are,” said Stephen Howe, Bell’s CTO, in a statement. “Many of our largest customers operate remote systems, requiring continuous availability and access to data to monitor critical performance factors and avoid downtime.”

Cisco and IBM also are piloting their collaborative effort with the Port of Cartagena in Colombia and with Silverhook Powerboats, both of which have a large number of IoT sensors at work at any given time.

“There is a real need for this capability particularly when IoT devices are tightly aggregated within a single location such as a manufacturing floor where there are thousands of IoT devices responsible for helping to make something or a remote operations site such as an oil platform or a ship at sea,” Flannagan said. “There’s a need to process some of that data before it leaves that remote location. And not just process it for network symmetry or ease of use, but business process it as well. And then there’s a need to be able to aggregate that up.”

“Though other vendors are putting considerable energy and investments into cognitive technologies, IBM’s currently enjoys a substantial leadership position,” he said. “If the agreement with Cisco allows all parties to capture significant benefits, expect other potential partners to line up in hopes that Watson IoT’s magic can be added to their own solutions.