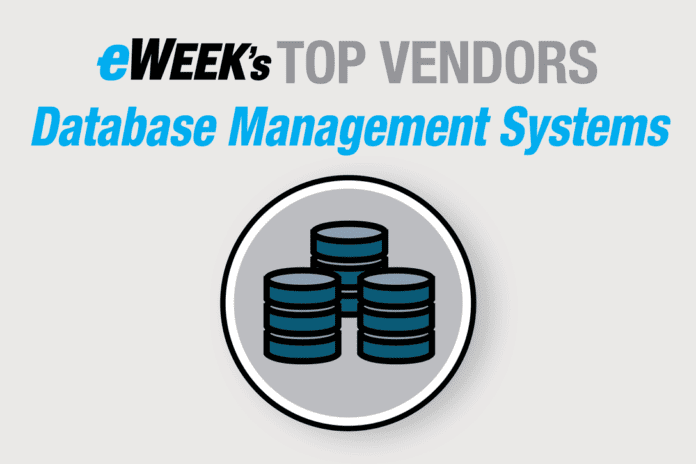 All the business and personal data we use on a daily basis is in a database management system or a storage array somewhere in the world. These can range from a thumb drive or smartphone to a data center array all the way to an unlimited cloud storage system.

How does one go about determining which DBMS is the right one for your enterprise? A significant factor in that decision will be the requirements of all your enterprise applications. Do you need data center servers to run the database yourself, or should you subscribe to a public or private cloud service in Oracle, Dell EMC, AWS, Azure, Google or another cloud provider?

The answer is that it all depends on what type of application use cases your company requires. if you’re a regulated industry in the financial services, health care or defense sectors, for example, you likely will need hybrid systems. If you’re a small business, perhaps all you need is a simple cloud service. Most of the companies noted in this article offer both options.

eWEEK has been researching and reporting on databases and their management systems since the beginning of the publication as PC Week in the late 1980s, when IBM’s DB2, Microsoft’s SQL Server and Sybase were the big players in the business. In this article, we have sought out and evaluated 10 of the top agile database management systems for 2021 and compiled them into this article. We discuss both proprietary and open source database systems.

According to Statistica, as of December 2020, 79.6 percent of the database management systems in operation had open source licenses. Over the years, open source DBMSs have become more and more popular.

You’ll recognize some familiar names—systems that have stood the test of time—and you may find some new ones you didn’t know about previously. Here are eWEEK’s Top 10 Database Management Systems of 2021, updated from our last examination in May 2019. Here’s a recent analysis of the market by Statistica, with other input from Gartner Research, Forrester Research and eWEEK reporting.

Value proposition for potential buyers: While Oracle’s frontline database system has been top of the line for a long time, the fact is that The Company That Larry Built is feverishly pushing its clients–new and old–toward their DB services in the cloud. On premises or not, the same high-end functionality is made available in the Oracle RDMS along with the same ultra-tight security that the various U.S. government three-letter agencies have sought to protect their often highly classified data loads.

Big, powerful and relatively expensive are terms often affiliated with Oracle’s enterprise databases, and you generally get what you pay for. Oracle has dominated this category for more than three decades, and the company has a 43-year history in the business. Oracle has engineered its database hardware and software to work together—in the cloud and in the data center. The company contends that this eliminates complexity and simplifies IT in general. It’s generally correct, but users must be cautioned that they can get locked into a single-vendor system that can be difficult to change later on, should use cases and circumstances evolve.

As a company that pooh-poohed cloud systems early on, it is now an aggressive seller of cloud-based DBMS systems to go with its Exadata data center servers. Times have indeed changed, and Oracle has indeed changed with the times.

For customers needing modular solutions, Oracle’s open architecture and multiple operating system options provide unmatched benefits from best-of-breed products in every layer of the stack. This allows customers to build the most optimized infrastructure possible for their enterprise.

Who uses it: Midrange to large enterprises
How it works: cloud deployments, physical on-prem services

Value proposition for potential buyers: This is an industry-standard database management system that began in 1989 with the Microsoft SQL Server 1.0, a 16-bit server for the IBM OS/2 operating system. It has been updated and improved dozens of times since then. Microsoft SQL Server has been redeveloped by Microsoft to work optimally with its own Windows operating system. Similar to other database management systems, its primary function is storing and retrieving data as requested by other software applications–which may run either on the same data center or on another computer across a network, including the internet. In fact, nearly half of Microsoft SQL Server instances are deployed in Microsoft’s Azure cloud.

Value proposition for potential buyers: Oracle-owned MySQL’s name is a combination of “My,” the name of co-founder Michael Widenius’s daughter, and “SQL,” the abbreviation for Structured Query Language. This is a widely utilized open-source relational database management system that is a cost-saving and effective DBMS but requires dedicated knowledge of database systems to install and maintain. MySQL is free and open-source software under the terms of the GNU General Public License and is also available under a variety of proprietary licenses. MySQL was created and sponsored by the Swedish company MySQL AB, which was bought by Sun Microsystems. In 2010, when Oracle acquired Sun, Widenius forked the open-source MySQL project to create MariaDB.

Who uses it: SMBs to large enterprises
How it works: subscription cloud services, physical on-prem services

Value proposition for potential buyers: IBM Db2, created in 1983, is an industry standard database management system with a rock-solid reputation for reliability. Db2 represents an entire lineup of data management systems, including servers made available in the cloud and on premises, originally developed by IBM in the early 1980s. They support the relational Db model, but in recent years, some products have been extended to support object-relational features and non-relational structures, such as JSON and XML.

IBM’s long-range goal for Db2 is to become the AI database that will power cognitive applications. IBM Hybrid Data Management (HDM) that is built on the Db2 Common SQL Engine provides a platform to manage all data types across all sources and destinations.

Who uses it: SMBs to large enterprises
How it works: cloud service, physical on-prem services

Who uses it: Midrange to large enterprises
How it works: cloud service only

Value proposition for potential buyers: Cassandra originally was developed at Facebook to power its inbox search feature. Now it has been developed into one of the leading in-memory open source database management systems in the world. It is a free and open-source, distributed, wide-column store, NoSQL database management system designed to handle large amounts of data across many commodity servers, providing high availability with no single point of failure. Cassandra offers robust support for clusters that span multiple data centers, with asynchronous masterless replication allowing low-latency operations for all clients.

The most recent version 3.4.5; details are here.

Who uses it: Midrange to large enterprises
How it works: cloud service only

Value proposition for potential buyers: PostgreSQL is an object-relational database management system with an emphasis on extensibility and standards-compliance. It can handle workloads ranging from single-machine applications to Web services or data warehousing with many concurrent users. PostgreSQL is developed by the PostgreSQL Global Development Group, a diverse group of many companies and individual contributors. It is free and open-source software released under a permissive software license.

Value proposition for potential buyers: MongoDB is an open source, cross-platform document-oriented database management system. Classified as a NoSQL database management system, MongoDB uses JSON-like documents with schemata. MongoDB is developed by MongoDB Inc. and licensed under the Server Side Public License (SSPL). As an open source product, pricing is a lot more reasonable for smaller companies, as opposed to the full-service offerings of larger, more established DB vendors.

Who uses it: midrange to large enterprises
How it works: subscription cloud services, physical on-prem services

Value proposition for potential buyers: Like other Microsoft Office applications, Access is supported by Visual Basic for Applications (VBA), an object-based programming language that can reference a variety of objects including DAO (Data Access Objects), ActiveX Data Objects, and many other ActiveX components. Visual objects used in forms and reports expose their methods and properties in the VBA programming environment, and VBA code modules may declare and call Windows operating system operations.

Microsoft Access is a second-generation database management system (DBMS) that combines the relational Microsoft Jet Database Engine with a graphical user interface and its own set of software-development tools. It is a member of the Microsoft Office suite of applications, included in the Professional and higher editions or sold separately. Microsoft Access stores data in its own format based on the Access Jet Database Engine. It can also import or link directly to data stored in other applications and databases.

Who uses it: Midrange to large enterprises
How it works: cloud service, physical on-prem services