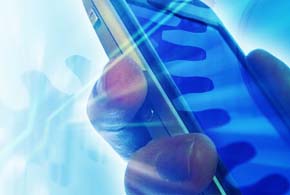 Google has unveiled its new Google I/O 2014 app for Android to help participants prepare for the company’s major developer conference, which kicks off on June 25 for two days in San Francisco.

The availability of the app on Google Play was announced June 12 by Mónica Bagagem of the Google developer marketing team and Bruno Oliveira of the developer relations team, in a post on the Google Developers Blog.

“We designed the app to be your co-pilot to navigate the conference and make the best of I/O 2014, whether you’re attending in-person or remotely,” wrote Bagagem and Oliveira. “This means you’ll be able to explore the full conference agenda, add events to a personalized schedule, find your next session on the map and enjoy facilitated pre-event WiFi configuration for those of you who will be joining us at Moscone [Center].”

Among the features of this year’s event app are new filters for session themes, topics and types to help participants create their I/O agendas more easily, as well as an “Explore” screen where users can see which events are happening in real time, according to the post. Users can also watch videos from previous years of the I/O conference through the “Video Library” in the app to catch up on previous sessions.

The new app can also send reminders to participants so they don’t miss the starts of sessions, and users can enable Google Calendar integration (in the app Settings) so they can see their I/O and personal events all in one place across their devices, wrote Bagagem and Oliveira.

Remote attendees can even use the I/O app to watch live-streamed content with closed captions directly on their devices.

This year’s app has been designed to take advantage of a multitude of screen sizes, depending on whatever types of devices are being used by participants, wrote Bagagem and Oliveira. “When designing the app, we dedicated a lot of time thinking through how to design for different screen sizes, from phone to tablet. The result is a beautiful and optimized experience across Android devices.”

Participants can track the event on social media using the hashtag #io14.

The theme for this year’s Google I/O 2014 developer conference is all about helping developers “design, develop and distribute” their applications and innovations using Google tools and resources, according to an earlier eWEEK report. This year’s conference will include more time to talk about code with others, deeper dives into the nuts and bolts of app building and fun after-hours festivities featuring Bay Area food, drink and entertainment, according to Google.

Registration for the Google I/O conference was supposed to start April 8, but was delayed a week until April 15, according to an earlier eWEEK report. In March, Google had announced that registration for this year’s seventh annual Google I/O event would be different from past years—interested developers had to apply to attend and wait to learn if they were selected. That means registration for the event was no longer first-come, first-served, with thousands of developers trying to log in at once online and meeting a crush of other registration hopefuls in a war of digital ones and zeroes. In recent years, the old registration process meant the slots for attendance were often filled in just a few minutes.

The Google I/O developer conference is arguably the most important and hotly awaited Google developer event of the spring.

Once the event begins, Google will again broadcast a live stream of the conference keynote and its sessions so that developers who can’t attend can still have access to the goings-on. Interested developers will also be able to attend an “I/O Extended” event near them, where groups gather in their own local communities to watch the Webcasts of the conference together. Details on these features will come later, according to Google.

At the 2013 Google I/O event, Google unveiled its first-ever Google Play music subscription service that allows users to access all the music in Google’s collection on the fly and add it to their personal collections. Also announced were Google Play game saving and sharing services, new APIs for Android that allow developers to create apps that can be restricted to specific locations, and tools that will help developers improve the sales and marketing of their apps for Android.

In 2012, Google I/O was the stuff of legend, featuring the introduction of Google Glass, with an amazing live-video stunt with parachutists from an airship wearing Google Glass headsets landing on the Moscone West rooftop and repelling, bicycling and running into the conference to the cheers of thousands in order to give the wearable computers to Google co-founder Sergey Brin—who was already wearing one himself.

Google also unveiled not one, but two new devices, the Nexus 7 tablet and the Nexus Q home cloud-based home entertainment hub (ill-fated, as it turned out), along with a bevy of new software and developer tools. The 2012 new products included the Jelly Bean version of Android.