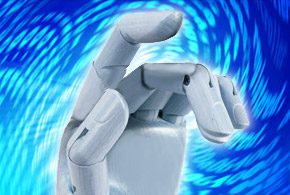 On Oct. 12, the two technology giants unveiled Gluon, a new open source, deep learning tool that developers can use to build machine learning models with a simple Python API. The companies claim Gluon will speed up the creation of robust neural networks and models, to make it easier for developers to produce more artificial intelligence cloud applications.

Gluon fills a gap between powerful deep learning engines with complex code requirements and those that make it easier to build models, but at the expense of training performance. With Gluon, developers use a streamlined programming interface that accelerates the prototyping process along with training methods that barely impact the performance of the underlying deep learning engine.

The Gluon interface unifies the training algorithm and the neural network model, the companies said, allowing developers to take a step-by-step approach to training their models, facilitating the debugging, updating and reuse of neural networks. Benefits also include the ability to spontaneously create neural networks and dynamically adjust their size and shape.

“Developers who are new to machine learning will find this interface more familiar to traditional code, since machine learning models can be defined and manipulated just like any other data structure,” blogged Matt Wood, general manager of Deep Learning and AI at AWS. “More seasoned data scientists and researchers will value the ability to build prototypes quickly and utilize dynamic neural network graphs for entirely new model architectures, all without sacrificing training speed, Wood said.”

For Microsoft, Gluon is the latest example of how the company is willing to forge alliances with the competition to help build a more vibrant and potentially lucrative AI software and services ecosystem powered by the cloud.

“We believe it is important for the industry to work together and pool resources to build technology that benefits the broader community. This is why Microsoft has collaborated with AWS to create the Gluon interface and enable an open AI ecosystem where developers have freedom of choice,” remarked Eric Boyd, corporate vice president of Microsoft AI and Research, in an Oct 12 announcement.

Microsoft and AWS aren’t the only IT companies that are looking to make deep learning and AI in general, more approachable for software developers. In September, Google released a set of APIs that allows users to create custom visualizations in TensorBoard, a set of generic visualizations included with the TensorFlow machine learning system. Google hopes the new APIs will help developers extend TensorBoard and come up with new and innovative ways of visualizing technical data generated by TensorFlow models.