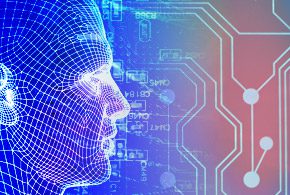 Microsoft unveiled a new service at its Ignite conference on Sept. 25 that makes it easier for developers and data scientists to run and track their artificial intelligence (AI) experiments.

“AI is all about experimentation,” Joseph Sirosh, corporate vice president of Cloud AI at Microsoft, told eWEEK. The problem is, as with most emerging technologies, that the cycle of iterative development in the field of AI is slow and cumbersome, he said. To remedy that, his Cloud AI group has launched the new Azure Machine Learning Experimentation Service, available in now public preview.

The service provides AI developers with the “resources to run on a large cluster [along with the] version control” required to both accelerate and effectively track AI projects. Anchored by Git repositories, Azure Machine Learning Experimentation Service enables users to create a history of how their models evolve over time and use those learnings to pluck out the AI models that work best for their applications in less time.

Unlike many approaches to building software, data science and AI development is rarely a linear process and often involves “running the same data through many different models” to determine which delivers the best results, reminded Sirosh. To establish sustainable and repeatable workflows, projects are managed with a simple command line tool that handles training runs.

Each experiment’s code, data and configuration is tracked, along with their outputs, including key metrics, logs and model files. The result is a time machine, of sorts, that enables users to compare experiments and find the ones that produced the best results. Using these tracking capabilities, developers and data scientists can quickly set their projects to exact parameters and configurations as those successful runs.

Additionally, Azure Machine Learning Experimentation Service runs on multiple compute environments, from a laptop or local Docker containers, to Spark and HDInsight services on Microsoft’s cloud, said Sirosh. With a simple command line change, developers can quickly burst their experiments into the cloud, he added.

A new Azure Machine Learning Workbench application for Windows and Mac streamlines the process of setting up an environment on which to run AI projects and experiments. It includes a preconfigured Python environment with Jupyter and other developer tools, samples and the required connectivity to pertinent Azure cloud services.

Based on program synthesis and data cleaning technologies from Microsoft Research, the new AI-powered data preparation tools reduce the time it takes to perform data science, Sirosh added. Further, it includes a set of libraries that manage data sources, allowing data scientists to focus on their code rather than tinkering with file paths and dependences when they move between environments.