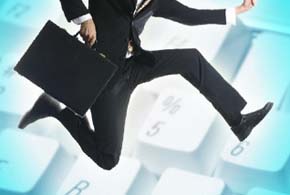 Tasktop, a provider of Software Lifecycle Integration (SLI) solutions for developers, has introduced a new product into its portfolio of Agile development tools, the Tasktop Gateway, which, added to the company’s existing technology, comprises a DevOps Integration Hub.

Tasktop co-founder and CEO Mik Kersten created the Eclipse Mylyn open-source task and application lifecycle management (ALM) framework for Eclipse. With that tool and its ecosystem of ALM integrations as a foundation, the company delivered Tasktop Data, a data repository for near real-time analytics, and Tasktop Sync, which integrates development and delivery tools by synchronizing the software artifacts in one system with other systems.

Yet, while those tools enabled enterprises to build and deliver applications faster using Agile development methodologies and to, in effect, scale their Agile deployments, Kersten said Tasktop needed to go a step further to enable organizations to scale their entire DevOps environments.

“Agile alone is insufficient, as having faster delivery is meaningless if deploying the software to production is a bottleneck,” Kersten said in a blog post on the new technology. That is where DevOps comes into play—to help enterprises achieve efficiency at scale, he said. And now Tasktop is enabling organizations to scale their DevOps methods with scaled Agile practices.

Kersten told eWEEK he believes the biggest obstacle to large-scale DevOps adoption across big enterprises is a lack of integration between the tools in the delivery lifecycle. As integration is Tasktop’s bread and butter, the company saw an opportunity to fill the void and began working on its solution a year and a half ago, he said.

“There is a battle to win the hearts and minds of developers as far as deployment,” Kersten said. “There’s a mix of multiple platforms—mixed languages, mixed tools—and the problem is connecting all of this stuff. That’s where we come in. For every large Agile or DevOps transformation, its biggest impediment to success is integration.”

However, Tasktop provides the integration infrastructure to 34 of the Fortune Top 100 companies, he said. Integration is in the company’s DNA.

In his blog post, Kersten said the new DevOps Integration Hub capability is not a new product, but “rather a whole new capability that has been added to our existing Tasktop Sync and Tasktop Data products. We have created something called the Tasktop Gateway, which exposes the Tasktop integration platform with a modern webhook, REST and JSON based integration layer that will allow any DevOps tool to be connected to the software lifecycle.”

Indeed, as Kersten noted, the DevOps landscape is dotted with an array of tools including continuous integration and continuous delivery tools, test automation tools, analysis tools, application performance monitoring tools and more. Tasktop’s new Gateway capability provides integrations that enable enterprises to manage all these tools and have visibility across the lifecycle.

“Tasktop Gateway works by providing the DevOps engineer with a way to model the artifacts and flow that’s needed for automation,” Kersten said in his post. “Tasktop then exposes these models over inbound webhooks that any tool can connect to. So rather than being limited to synchronizing artifacts across tools, Tasktop can now take inbound artifact creation and update requests and map them into any of the 40 Agile/DevOps tools and 296 versions that we support and test today. The great news is that with the release of Gateway, it is now possible to deploy DevOps at scale.”

Kersten said Tasktop had to extend its integration capabilities to all of DevOps, which has largely gone to special-purpose tools.

“With our new Gateway solution, you’ll be able to plug any one of those tools into Tasktop and have visibility across the tool chain,” he said in an interview.

“We’ve added a whole new integration capability to our portfolio that enables DevOps practices to scale to the rest of the Connected Software Lifecycle,” she said. “What this means to our customers is that they finally have the DevOps Integration Hub needed to scale DevOps transformations from a greenfield initiative to a cross-company standard.”