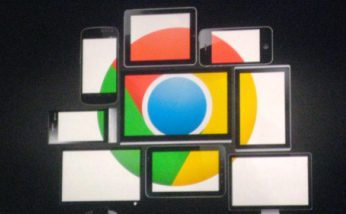 The new stable release was unveiled in a June 4 post by Karen Grunberg of the Chrome Team on the Chrome Releases Blog.

The update, which will go out to users’ machines automatically as they log in to their browser, includes one critical security fix, which corrects memory corruption in SSL socket handling, as well as 10 high-priority patches and one medium-priority fix, according to Grunberg’s post.

An earlier stable release of Chrome 27 was unveiled in late May, which showcased innovative speech-to-search capabilities and increased speed. That release, Version 27.0.1453.93, included Web pages that loaded 5 percent faster on average than previous versions and the inclusion of a chrome.syncFileSystem API that allows the saving and synchronization of data on Google Drive.

The conversational search feature was showcased earlier in May at the Google I/O 2013 Developers Conference, where it was announced as an upcoming capability in Chrome. Google apparently wasted no time bringing the feature to Chrome.

Presently, the feature requires users to click on the microphone icon to make their verbal requests. But over time, users will be able to perform searches by voice alone—without the need for a click of the microphone, according to Google.

Earlier this week Google also released an updated Chrome for iOS Version 27 for iPads and iPhones, according to a June 3 post by Jason Kersey on the Chrome Releases Blog. The new iOS Version 27.0.1453.10 includes improved voice search, faster page reloading, and assorted stability and security improvements and bug fixes.

The latest Chrome desktop browser can be downloaded for free from Google.

Chrome 27 updates and replaces Chrome 26, which was released in April, with many stability improvements and a new version of Adobe Flash.

Earlier in April, Google announced that it is working to boost business adoption of the Chrome browser by improving enterprise management tools in the application.

Among the new Chrome management capabilities aimed at businesses’ IT managers is a cloud-based management capability for Google Apps for Business and Education customers to make it easier for employers to allow their workers to bring in their PCs or devices for work.

The new enterprise tools mean that business users will be able to access default applications, custom themes or a curated app Web store when they sign in to Chrome with their work accounts, whether employees are working from the company’s desktop or their personal laptop. With cloud-based management, IT administrators will be able to customize more than 100 Chrome policies and preferences for their employees from the Google Admin panel.

Another improvement is Legacy Browser Support, which IT administrators can configure to automatically launch an alternate browser when a user wants to run a Web app that is built for older browsers and not compatible with Chrome. By using the Legacy Browser Support option, employees on Chrome are automatically switched to a legacy browser when they begin using an older app.

The updates are part of Google’s continuing effort to attract business users to its Chrome browser and online office productivity products.

In March, Google announced faster Chrome browser performance and improved search on Android and iOS tablets and smartphones, as well as new capabilities that allowed users to share pages with friends on social media sites. The new Android version of the Chrome browser was updated with the latest V8 JavaScript engine, which was optimized for mobile and dramatically improved performance.