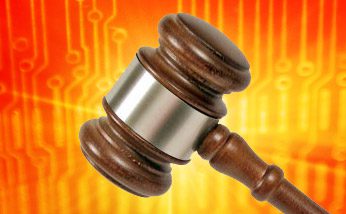 Google has proposed an antitrust settlement with the European Commission that apparently satisfies the European regulators and that will help bring about the end of a two-year investigation into antitrust charges against the search company.

The proposed settlement was reported April 14, according to a story in The New York Times that was written based on anonymous sources who were familiar with the agreement.

“Under the proposal, Google agrees to clearly label search results from its own properties, like Google Plus Local or Google News, and in some cases to show links from rival search engines,” The New York Times reported. “The changes will not be widely seen for at least a month, while rivals and others in the industry can weigh in on the plan, in a process called market testing.”

Google won’t have to change the algorithm that produces its search results, according to the story.

Instead, “the biggest change has to do with search results related to topics like shopping and flights, a field known as vertical search,” the story reported.

Those are the areas where competitors have been complaining that Google favors its own results over theirs, which has been one of the key complaints that led to the investigation by the EC. The agency is the executive arm of the European Union.

In a request by eWEEK for comment on the report, a Google spokesman said only, “We continue to work cooperatively with the European Commission.”

The EC agreement “would be legally binding for five years, and a third party would ensure compliance,” the report stated. “If it abides by the agreement, though, Google will avoid fines and a formal finding of wrongdoing.”

Interestingly, Joaquin Almunia, the EU’s Competition Commissioner, said in February that he expected the ongoing EC investigation into Google to continue through at least late August before any decisions would be reached, according to an earlier eWEEK report.

The EU had received a collection of antitrust remedy proposals from Google in late January and has been reviewing them to determine if the matter could be resolved through a settlement. Google had been trying to come up with proposed remedies for some time that would satisfy EU regulators and persuade them to close their case against the search giant. Google had sent previous lists of proposals to the EU in the summer of 2012, but those earlier proposals failed to satisfy European regulators. Google was given more time—until this past Jan. 31—to submit new proposals.

After a two-year antitrust investigation by the European Commission, a Google proposal for a settlement is being accepted by the agency.

Google holds more than 60 percent of the world’s search market, with Microsoft’s Bing being a distant second. Competitors have claimed that Google works its search algorithms to favor its own products and results over those of others, giving it an unfair advantage in search and Web advertising.

A ruling against Google on such charges could mean a fine of up to 10 percent of Google’s annual revenue, which based on its 2011 annual results would amount to about $4 billion.

Google’s legal situation in Europe continues even as a similar antitrust probe in the United States was resolved in Google’s favor in January. Instead of a major antitrust prosecution in the United States, Google entered into a voluntary agreement with the Federal Trade Commission to change some of its business practices to resolve the complaints of some competitors about Google’s practices.

In the FTC case, key competitor Microsoft had led a fight with other technology companies to argue for strong FTC actions against Google to punish it for what they believed were unfair business practices.

Those competitors, meanwhile, launched a fresh new offensive against Google in the EU earlier this month by filing a complaint with the EU concerning Google’s free Android mobile operating system. The complaint argues that Google’s free Android mobile operating system is illegally trying to dominate the market through deception and predatory pricing.

The new complaint was filed by a group called FairSearch Europe with the EC even as the EU continued its almost two-year-long probe into Google’s search practices in Europe. The group alleged in its complaint that Google is following an “anti-competitive strategy to dominate the mobile marketplace and cement its control over consumer Internet data for online advertising as usage shifts to mobile.”

The complaint before the EC comes as the marketplace rivalry between Google and Microsoft appears to be growing exponentially. In early March, reports surfaced that it was Google that had turned Microsoft in involving a recent case in which Microsoft had failed to offer a choice of Web browsers to early users of its Windows 7 computer operating system, which the company must do as part of a 2009 settlement regarding the same issue. In that case, the EU fined Microsoft $732 million.

Microsoft apologized for what it called a “technical error” that led to the problem in about 28 million PCs that were using early versions of Windows 7 with Service Pack 1, and also took “full responsibility” for the issue. Under the 2009 settlement, Microsoft was required to display a Browser Choice Screen (BCS) on PCs in Europe, where Microsoft’s Internet Explorer is the default browser, and while it did in some cases, it failed to do so in others.