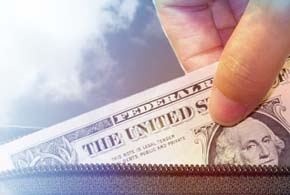 Microsoft is staking its claim to a major multiplatform video game property.

The news comes nearly two months after Microsoft first announced that it was buying the Swedish game company for a whopping $2.5 billion. In a Sept. 15 announcement, Microsoft CEO Satya Nadella suggested that Mojang, and Minecraft’s legions of fans, was worth the price.

“Gaming is a top activity spanning devices, from PCs and consoles to tablets and mobile, with billions of hours spent each year,” he said. “Minecraft is more than a great game franchise—it is an open world platform, driven by a vibrant community we care deeply about, and rich with new opportunities for that community and for Microsoft.”

Originally launched in 2009, Minecraft’s distinctively blocky environment and a game engine that promotes experimentation have become a canvas for its user base’s imagination. Some players have stacked blocks and leveraged the game’s physics in ambitious ways. Feats include in-game re-creations of Game of Thrones locations, a rudimentary hard drive and even a working computer.

The PC version of the game has been downloaded more than 100 million times. Editions are also available for the Xbox 360, Xbox One, Sony’s PlayStation console, iOS and Android. Minecraft is the most popular online game for the Xbox, according to Microsoft. In the past two years, Xbox 360 users have spent more than 2 billion hours playing the game.

Spencer said in September that Microsoft intends “to maintain ‘Minecraft’ and its community in all the ways people love today, with a commitment to nurture and grow it long into the future.” The company also plans to continue supporting the game on rival mobile and gaming platforms.

Those efforts will have to continue without Mojang’s most recognizable figure, Markus Persson (a.k.a. Notch), the company’s co-founder. Persson is moving on to pursue other projects, announced Carl Manneh, CEO of Mojang.

Despite calls to shed its video gaming division, Microsoft remains bullish on one of its most consumer-oriented business units. During a recent investor conference call discussing the company’s rosy fiscal 2015 first-quarter results, Nadella described gaming as “an important category that will drive additive business value for Microsoft.”

In short, video games keep consumers engaged. “It is a single biggest digital live category measured in both time and money spent across devices of all types,” Nadella said. “Minecraft adds to our already strong portfolio of first-party games and contents such as Halo and will strengthen our gaming experiences on PCs and consoles as well as cross-platform monetization.”