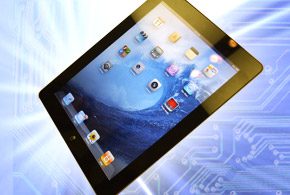 Microsoft has released a smattering of new features for its OneNote app aimed at helping users better organize their notes.

In the iOS version of OneNote, iPad users can now group and move objects on the app’s canvas by drawing a virtual lasso around them. The new lasso tool supports text, shapes, images, audio recordings and other object types supported by the OneNote user interface (UI). For users who prefer to arrange their items independently, the iPad app also supports a new touch-and-drag action.

On both the iPhone and iPad, the app supports bulk image insertions. And for those times that images look a little off-kilter, OneNote allows users to rotate images.

Working with Web videos in OneNote for Windows 10, Mac or iOS has been revamped. Now, when a user pastes a link pointing to a video from YouTube, Sway, Vimeo, Vine and other popular streaming site, OneNote will display a playable thumb alongside the link. Microsoft plans to enable copy-and-paste video embedding soon, said Scott Shapiro, product marketing manager for Microsoft OneNote, in a blog post detailing the new functionality.

Smart Lookup, the Bing-powered search and reference tool found in Word and other Office apps, is making its way to OneNote Online, the browser-based version of the app. Microsoft has also tweaked the Web app’s UI, making it easier for users to juggle their notebooks.

“We’ve re-shelved the notebook list and now you can distinguish between your personal notebooks, notebooks that others have shared with you and OneNote Class Notebooks you belong to,” informed Shapiro. “Now, when you open OneNote Online, you’ll be able to clearly see these categories listed out.”

Finally, to help users get up to speed on OneNote’s continually evolving feature set, Microsoft published a new ebook, OneNote 2016 Tips & Tricks. The 1.44MB PDF document can be downloaded from the Office support site.

Microsoft’s update train made a quick stop at another content-capture tool from the software maker, Office Lens. The portable scanning app enables users to capture documents, whiteboards, business cards and photos using the cameras on their iOS or Android smartphones.

Users can now scan and insert multiple images in one sitting. On both the iOS and Android versions of the app, photos can be rotated in post-production, eliminating the need to retake pictures.

Microsoft keeps piling on the OneNote features, and for good reason.

Notetaking apps and mobile devices are practically made for each another. Formerly a part of the paid Office software suite, Microsoft made OneNote a free stand-alone app as mobile-friendly competitors like Evernote and Google Keep helped users capture and organize content on the go, thereby becoming fixtures on the home screens of their smartphones and tablets. Earlier this year, Microsoft released a new data-import tool for Windows that migrates Evernote data to OneNote.