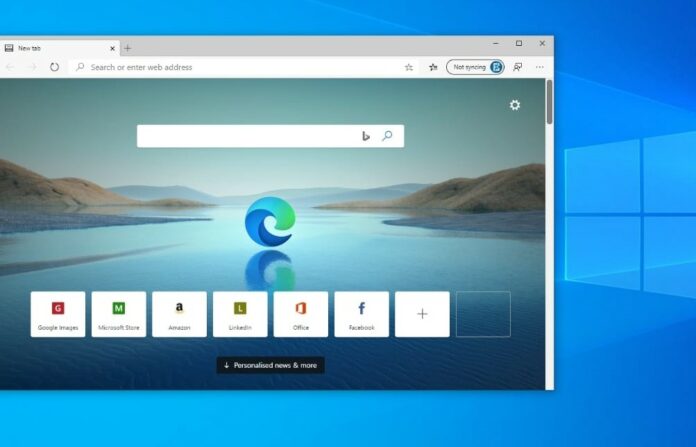 It has been awhile since we talked about browsers. But browsers have an impressive history. Back in the ’90s, Netscape launched its Navigator product and changed the world. Microsoft responded, made some similar mistakes, and then lost the market to Google. But Microsoft wasn’t done yet and, with new leadership, rethought its approach: pivoting from the poorly performing Edge product to Chromium Edge. This created a level of commonality that we’d lost between browsers in the early years and allowed the company to focus on features more than plumbing.

Those features took a huge jump this week as Microsoft made a significant play to make its browser once again the one to chase.

Let’s talk about this updated browser this week.

If we look at how market leadership changed from Netscape to Microsoft to Google and then, perhaps, back to Microsoft, I think it comes down to one recurring mistake: not coupling the browser to the revenue-generating product family that the browser enhanced. This mistake was most evident in Netscape’s catastrophic failure.

The browser was a doorway into something else that still needed to develop. Again, Netscape instead overly focused on Microsoft rather than anticipating the need for a Yahoo or Google, and it didn’t end well. The mistake was looking at the browser as if it were a stand-alone product, but it isn’t. It is a gateway into the wonders of the web. It was as if a car dealer came up with a promotion where if you bought a new car, you got the radio for free—then forgot about the car and started giving away free radios. That wouldn’t end well, either.

Particularly with “free” offerings, you have to think through the solution and then couple the revenue to the “free” component; otherwise, it will be under-resourced. Forgetting that, and then under-resourcing the effort, has been the historical problem with browsers—one that it appears Microsoft now fully understands and won’t repeat.

When Microsoft pivoted from Windows to Azure as its core offering, it did something interesting to the browser. It made the browser strategic again because, while IE and Edge were a free feature of Windows, they were a gateway into Azure. This move not only put the focus back on the browser, but it also provided critical resources and a different perspective.

It wasn’t critical to Windows, and trying to force it to become essential resulted in anti-trust problems. But as a front end to Azure, it is vital, and other cloud providers also have platforms and browsers. Since Azure must be browser-agnostic, creating an artificial proprietary link between the offerings would have ended badly for both.

What was needed was a focus on just making the browser the best in the market and a far better front end to Microsoft’s cloud offerings. If funding flows back from those offerings to browser development, they gained a solution that made sense rather than the Windows approach, which didn’t.

Now Edge developers could more easily determine where the browser needed to advance. The browser had to be secure. If it weren’t safe, it would open these cloud services to attack. It had to protect the user from himself, so he didn’t become his own security problem. It had to better integrate with Microsoft’s productivity suite, Microsoft 365 (formerly Office 365). This result is because that was initially where the user was going to see the most value from synergy with Microsoft’s other products. Finally, it had to be efficient so that people would see the unique value and gravitate to it.

And against this template, Microsoft executed.

If I were to rank the enhancements, securing the user would come out on top. It has enhanced tracking prevention and an integrated private search feature that automatically obfuscates your browser history. It gets an enhanced password monitor that automatically executes when you use autofill. If your password(s) is on the dark web, it will alert you to the problem and then take you to the site to reset your password.

From a productivity standpoint, when you cut and paste from the browser into Microsoft 365, formatting is preserved (called Smart Copy), so you don’t have to reformat lists or tables. Besides, it has a vertical tab feature so that rather than a bunch of hard to manage tabs, you get a far more in-depth and more detailed result. And you can collect sites you’ve discovered into groupings, called “Collections,” so that you can more easily move between them when working on a project. It is like favorites but with pictures and more in-depth descriptions so you can more easily re-find those things you’ve already found.

The Immersive Reader is an exciting new feature that focuses the user on the text, removing distractions. Designed for those with attention issues, this could be a game-changer for people with difficulty concentrating.

Video is enhanced through the browser as well with 4K capability and Dolby Audio, though; granted, you’ll need a 4K display and decent speakers to appreciate this upgrade.

Your browser is one of the most used tools in your tool kit, and using the best one should make a significant impact on your productivity. Of these additions, security is by far the most important, but the ability to more efficiently manage your tabs and favorites will be well-received as well. Given most of this will roll out while we are all mostly locked up in our homes, it should provide some additional entertainment, because you will now have an incentive to go and check your settings to see if one of them magically became available.

The days of taking your browser for granted are over, and that is a good thing. If you want more details on any of these features, you can find it here. Have fun, and please stay safe out there.