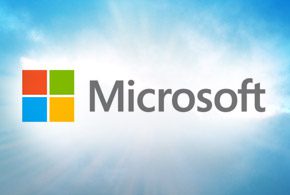 Depending on one’s attitudes toward change, it’s either and exciting or exasperating time to be a SharePoint developer.

Microsoft’s popular enterprise document management software is used by countless corporations to store, disseminate and collaborate on business information. Naturally, no two businesses are the same, so an army of SharePoint developers are helping organizations tailor the platform to their needs.

Lately, many developers are feeling the ground shift under them as Microsoft takes a more web-like approach to SharePoint. Officially released in February, SharePoint Framework borrows modern web development techniques to enable more in-house customization and a shift toward more client-side development on SharePoint Online, the cloud-delivered version of the software, before support is extended to the on-premises version.

In the meantime, developers are growing accustomed to the new status-quo with varying degrees of success, according to Matthias Einig, CEO of SharePoint developer tools provider Rencore.

Mirroring the broader business software market, enterprises are increasingly shifting their SharePoint workloads to the cloud. A recent study from CollabTalk and Rencore noted that since its introduction in June 2011, SharePoint Online has captured more 37 percent of the market.

While that’s good news for Microsoft’s “cloud-first” business strategy, it’s not so good for the third-party SharePoint developer community, particularly those developers who have built businesses supporting on-premises SharePoint deployments.

And it’s a big community. Einig pointed out that it encompasses more than 1 million developers and 50,000 solutions providers. They also do brisk business, to the tune of $10 billion per year, he added.

SharePoint developers may also be harboring concerns about their careers.

Microsoft has essentially “opened SharePoint [development] up to web developers,” Eining said. On one hand, job opportunities for web developers may be increasing, but the move is “not so good for the old-school developers” who may now find themselves competing against these newcomers in the workplace.

Today’s SharePoint development methodologies have “changed in such a significant way that the usual corporate developer is not necessary to get up to speed in those technologies,” Einig told eWEEK. Compounding the problem is that the SharePoint Framework “is basically not done yet” and has a ways to go before it serves as a suitable replacement for long-established development techniques.

Another problem for enterprises mulling an upgrade or hybrid-cloud implantation is that they’re fundamentally not set up to accommodate SharePoint’s new custom development.

The skills gap aside, the infrastructure and tooling at these organizations is “quite behind the curve,” he said. To catch up, enterprises face no small amount of disruption to their established software development processes, not to mention budgetary battles with managers who may be reluctant to invest in an overhaul of their application development and support infrastructure.