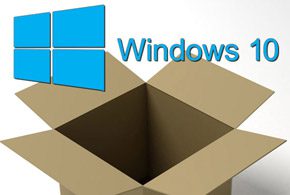 Developers aren’t the only ones Microsoft has in mind for its upcoming Windows 10 Anniversary Update. Today, the company announced new features for the education market ahead of the 2016/2017 back-to-school season.

“Our company mission is to empower every person and every organization on the planet to achieve more. In education, it’s to empower every student,” blogged Tony Prophet, corporate vice president of Education Marketing at Microsoft.

When Microsoft releases the Anniversary Update this summer, it will include a new Take a Test app that enables standardized testing. The digital testing solution will allow teachers or IT personnel to create a secure environment for exams and quizzes, claims the company.

Addressing the challenges of deploying shared devices in the classroom, Microsoft is also introducing an app called Set Up School PCs.

According to Microsoft, many teachers are pulling double duty at work. In addition to providing students an education, nearly 50 percent of teachers also serve a tech support role. Using a streamline, three-step process, the new Set Up School PCs app enables teachers to set up new devices in minutes.

Prophet added that the Anniversary Update will include performance tweaks for entry-level devices. On average, users can expect the first Windows log-in will take 26 seconds. Later, that number drops to just 6 seconds, he claimed.

Teachers are not only buying their own school supplies, 60 percent are purchasing and installing their own apps. The update will also include an upgraded Windows Store app marketplace with thousands of apps with bulk purchasing and deployment options.

Minecraft: Education Edition is likely to be among the school-friendly apps found in the new Windows Store. Prophet revealed that Microsoft is starting an early-access program for the software in June. Educators will be able download the software—based on the massively popular, block-themed sandbox game Microsoft acquired for $2.5 billion in 2014—for Windows 10 and Mac OS X (El Capitan), and evaluate it for free.

Also this summer, Microsoft is rolling out several new features for Office 365 Education, announced Eran Megiddo, vice president of Education Engineering at Microsoft, in a separate blog post. Among them is Microsoft Classroom, a new classroom and assignment workflow management interface with both a teacher and student view.

“Microsoft Classroom has a OneNote Class Notebook built into every class, allowing teachers to create assignments with due dates, complete with Outlook calendar events and reminders,” Megiddo explained. As its name suggests, Class Notebooks are collaborative, interactive notebooks for the OneNote notetaking app that enables teachers to grade tests, manage assignments and track their students’ progress.

“The assignments can reference materials from the Class Notebook, Office documents and interactive content. You can create assignments for multiple classes at the same time, easily grade them, or give them private feedback and ask them to resubmit,” continued Megiddo.

Other Office 365 Education tools are in the works, including a time-saving School Data Sync feature that helps automate the management of class materials. The new Microsoft Forms feature allows teachers to quickly create quizzes, surveys and registrations and review the results with its built-in analytics.