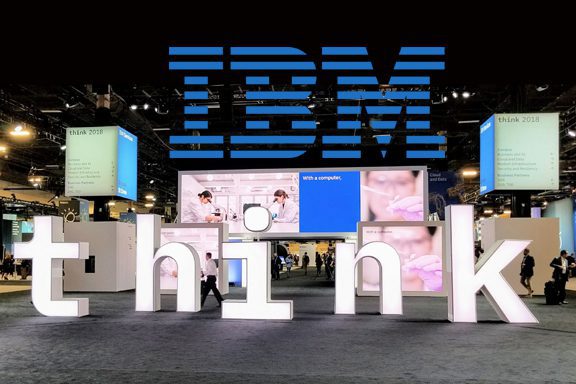 SAN FRANCISCO–Occasionally, I run into a product that just has me sitting back wondering if I stepped into some kind of alternative universe.  One of the first products that gave me this impression was the old AS400 from IBM. It was kind of like if you took an Abrams Tank and created a server with similar survivability  The stories of these things were legendary.

One system was on the top floor of a four-story building that was demolished, literally flattened, by a tornado and after falling those four stories, being buried by rubble and rained on, they only needed to dry it out to bring it back on line.  Another system ran for a whopping 18 years without anyone patching, updating or even backing it up with no issues.  Yet another was walled up accidently yet remained in service for years until someone tracing down the power and network wiring opened a wall to see what the wiring went to and found a hidden AS400.

The IBM I platform (the second “i” stands for integrated) is converged packaged software platform that evolved out of that legendary AS400, and it is even more amazing. Imagine a software platform (OS + database etc.) that could scale from a five-person company up to an outward facing mission critical system for a multi-national bank, that was virtually immune to the vast majority of malware (including ransomware and trojans), and that has survived attempts by disgruntled employees who had access when its x86-based peer platforms were overwhelmed.  Oh, and I should add, the folks who use this platform–while far smaller than the Apple fanboy base–are equally loyal and outspoken about this platform (which is amazing, given this is far from a consumer-based offering).

After the briefing on IBM I, I was thinking that if you could wrap this platform in Spandex, you could put it in the next Avengers movie as a real live superhero.

Let’s explore IBM I this week. It was shown at IBM Think 2019 conference here at Moscone Center.

What makes IBM I so amazing is that it is very similar in concept to hyper-converged hardware but in software. What I mean is that it is a fully tested and integrated platform that is designed to function as a packaged whole. You don’t have the level of choice that you might have on a typical Windows Server or Linux system but, in exchange, you get something that is far more robust and vastly more resistant to outside or inside attack. (Regardless of this, you do still need to make it part of a comprehensive security solution, because you can breach anything with the proper access–including IBM I).

Now where this platform predominates, largely because of its AS400 roots, are areas where the AS400 was successful and that is in manufacturing and distribution.  But over the last few years, it has moved into banking and finance, health care, hospitality, and retail (banking/finance and retail are currently the largest of this new group).  It runs both on premise on IBM Power, ranging from IBM’s smallest to largest servers, and in the cloud–which, surprisingly isn’t how the small customers I learned about are running it; those firms are buying IBM Power9 servers, which also tend to be more robust and less vulnerable than their Intel based alternatives.

The big driver for this growth is security and reliability, because the platform isn’t just near bulletproof–it is incredibly reliable and able to take, depending on the hardware on which it is running, massive user loading. Much of Las Vegas runs on the platform; and it was there recently that a laid-off employee tried to destroy a casino and did take the Intel-based systems down, but the ex-employee couldn’t bring down the IBM I platform. The result was that the casino was able to far more rapidly recover from the attack.

After taking the briefing on IBM I, I had to just go sit and reflect on what I’d been told. In a world with the level of threats we have today–particularly with trojans, ransom wear and hardware exposures that could have driven recalls–a platform (hardware or software) that is nearly invulnerable to these threats, particularly after the passage of GDPR (and similar laws in California and other parts of the world) would be a godsend. This is not to mention a requirement for folks who want to avoid the infamy of a major breach (explaining why banking and finance firms are huge fans).

While it isn’t faster than a speeding bullet, more powerful than a locomotive or able to leap tall buildings in a single bound, IBM I is the closest thing to a software platform superhero I’ve yet seen and likely the safest and most powerful server platform you’ve never heard of.