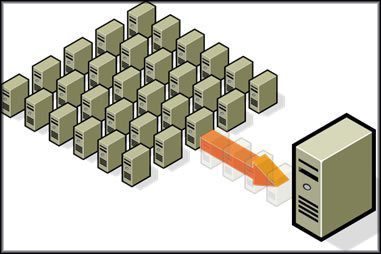 This is the latest article in a new occasional feature series in eWEEK called IT Science, in which we look at what really happens at the intersection of new-gen IT and legacy systems.

These articles will describe industry solutions only and won’t focus on any single product. The idea is to look at real-world examples of how new-gen IT products and services are making a difference in production each day. Most of them will be success stories, but there will also be others about projects that blew up. We’ll have IT integrators, system consultants, analysts and other experts helping us with these as needed.

Today’s Topic:  How to Scale Systems Down and Bottom-Line Profits Up

In September, Scale announcing a partnership with Google to provide a hyperconverged, hybrid cloud solution. Nested virtualization on Google Cloud Platform allows Scale to extend the HC3 platform into the cloud; the journey into hybrid cloud came the announcement of the HC3 Cloud Unity DRaaS solution.

Name the problem to be solved: Long & McQuade is the largest chain of musical instrument retailers in Canada, with more than 70 locations from British Columbia to Newfoundland. The size and scale of Long & McQuade eventually resulted in the company running dissimilar pieces of hardware with various flavors of Linux and Windows in its centralized data center.

Many of the newer options available today were not as user-friendly as they would like for the regional managers and Point-of-Sale specialists tasked with operating the IT environment. Long & McQuade needed a solution that would modernize their infrastructure with high availability and virtualization capabilities but could be managed with limited IT personnel resources.

After having to make due with its aging, predominately Dell systems, Long & McQuade was looking to consolidate to a single virtual platform to solve their growing performance and management issues.

Describe the strategy that went into finding the solution and the key components that were decided upon:

Long & McQuade looked at several solutions. VMware was ruled out due to ongoing and increasing licensing costs. In-house designed KVM and VirtualBox solution were ruled out as too complex and labor-intensive. It needed a solution that could reduce the physical datacenter footprint, reduce monthly operational costs of infrastructure management, and reduce the training and expertise needed to manage the system.

Through a recommendation from a partner and IT reseller, Long and McQuade chose Scale Computing’s HC3 system. HC3 provided a single solution for their IT infrastructure encompassing servers, storage, virtualization and much-needed high availability and disaster recovery features.

Describe how the deployment went, perhaps how long it took, and if it came off as planned: Implementing HC3, Long & McQuade was able to immediately replace 11 aging servers with a 3-node appliance cluster that could be scaled out as needed quickly and easily. The implementation and migration was as simple and quick, as promised.

Describe the result, new efficiencies gained and what was learned from the project: Because of moving to HC3, regional managers at as Long & McQuade have been able to quickly come up to speed on managing virtual machines to handle day-to-day management tasks. Now that Scale is running core applications such as Long & McQuade’s websites, support systems and other internal data, it has proven to be easily manageable by anyone in the organization.  The increased performance, ease of use and high availability that the HC3 cluster brought them encouraged them to expand the solution to their sister company, Yorkville Sound. In addition to the local, built-in redundancy, this brought the two organizations the capabilities of disaster recovery.

Describe ROI and staff time savings: With its Scale system working just as expected with zero downtime, no speed complaints and no network troubles, Long & McQuade is continuing to grow their clusters throughout the organization. By reducing the datacenter hardware from 11 servers to only three appliances, Long and McQuade, were not only able to save significantly on power consumption and cooling, but also on management and administration costs.