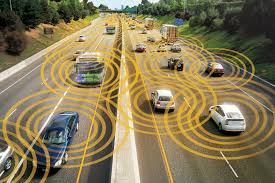 The Mobile World Congress (MWC) was last month, and while I didn’t attend, I’ve been going through the various announcements and the advancements that Qualcomm announced regarding C-V2X and in car entertainment. This is the vehicle-to-everything technology that is designed to surround Qualcomm’s Snapdragon Automotive 4G and 5G efforts and enhance the cockpit offerings it announced at CES.

This IT will enhance significantly our autonomous driving future but, where applied, it will also enhance traditional human-driven cars in a variety of ways–potentially changing significantly not only the safety of our ever-smarter cars but improving the overall experience.

Let’s talk about what I expect to eventually result from a world in which most of our cars not only talk to each other, but to ever-smarter cities–and even back to the companies that made them.

The Coming Benefits of Chatty Cars

Now I’ve often wondered when we have AI-driven cars, and they can chat with each other, if they will badmouth their occupants or drivers. Long term, given that intelligence will evolve, this is likely–and we all probably won’t like the nicknames some of our cars give us. But near-term benefits would include early warning of traffic accidents, road obstacles (like the potholes that are spreading like a virus around where I live) and collaborative traffic remediation (cars that negotiate who takes what route to minimize congestion). As they converse with cities’ vacant parking places, parking-place reservations and best places to park or recharge depending on the user’s/driver’s needs and preferences would be automatically determined.

These are all pretty much milktoast compared to what I expect to evolve, once we no longer have to drive and our cars become basically rolling living rooms.

One of the most iconic bits from “Saturday Night Live” was “Wayne’s World,” which evolved into a movie, and in that movie all the occupants really get involved singing along with Queen. Now what if you could sync the same song across all the cars near you, and all of you sang along together, enjoying the music as if you were all at the same event. This could be amazing in traffic–not to mention a viral YouTube moment. But how about video: You could share with those driving near you the movie you were watching and watch collectively commenting via instant messaging on what you were watching together.

At CES 2019, Intel and Warner brothers showcased a car with Smart Glass that changed the windows to make the surrounding scenery look like it was part of the movie, so you appeared to be driving through the movie while you watched it. Now picture that across several cars so you are all experiencing this virtual event together on your drive home from work.

Moving to video games: How about a first-person shooter, in which you are battling car-to-car with the weapons virtualized, and where you could team up with other riders against other teams as you killed time on the drive. Since the car is driving itself, you could either be using the extensive screens in the car or be wearing a mixed reality headset to experience the event; active systems in the seats of the car could create a physical response that would increase the sense of reality. Looking out the car window, weapons on the other cars playing could be rendered real time, even though in the game, the actions of the virtual cars would remain disconnected, so you wouldn’t die real time as well.

Now you’ve grown to know some of the folks driving around you and are getting hungry, the car could suggest your group go to the nearest McDonald’s or other restaurant, and you could collectively grab a bite to eat. But thinking of getting a bite or a drink (the car is driving after all), if you are single, the car could even look for a date for you using the information you’ve given the app behind this effort to best match you to another driver close by for an initial coffee, meal, or …

Now, moving to a medical problem, should the car detect you are in distress, it certainly could use an OnStar-like feature to call for help; but seconds could make the difference between life and death. Since it is likely someone trained in on the road someplace with you can guide you to a location where help could be administered prior to the arrival of an EMT.  Granted the EMTs could be coming on one of the new flying motorcycles, but still someone near you would arrive faster and car-to-car communication would enable a far faster and more positive outcome.

It doesn’t only have to be a health problem. Applications like Nextdoor (but for drivers in the same vicinity) could provide answers to problems you are working on in the car, explain some of the unusual things you are seeing, and even open topics between riders of different cars as you pass the time.  Riding in traffic could, and I expect will, become more of a social event, even as the related systems work to eliminate traffic.

Pervasive car-to-everything communication will have a number of benefits, ranging from reduced traffic to massively increased safety. More interestingly, it will likely be the automotive applications that will link drivers for discussions, entertainment or immediate help as we socially connect to the riders around us as our cars connect to each other.

While I’m still worried what my future car is going to nickname me (I’m hoping for Dragon Slayer, I’m expecting something less desirable), this future connected-car vision could make driving in traffic something to look forward to and expand our circle of friends dramatically. We might even make friends with some of the cars around us, which would be good, because I expect making enemies of those same cars would likely end badly.

I expect in a decade folks will look back and wonder how we survived before autonomous chatty cars.