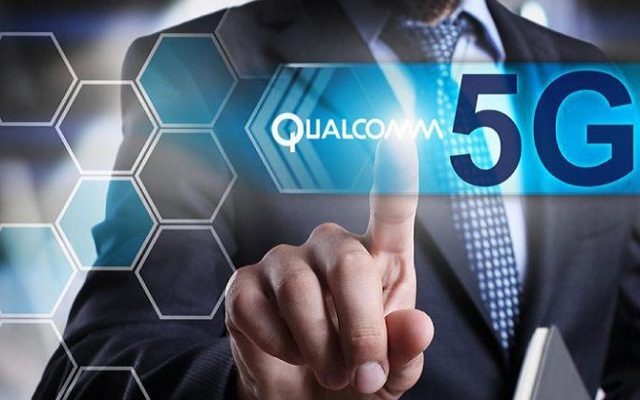 LA JOLLA, Calif.–Qualcomm Technologies is juggling a few things right now, and they all are being managed here at its headquarters in a glorious, sun-drenched vacation destination, set a few minutes north of San Diego off Interstate 5.

Item No. 1: Processor software competitor Broadcom is trying to pull off a hostile takeover of the $96 billion company with its “latest and best bid” at $82 per share (current stock value: $65), claiming that Qualcomm’s management is ineffective at just about everything it does. With Broadcom in charge, it claims, shareholders will realize a lot more from their investments.

News update: On Feb. 8, Qualcomm’s board rejected the bid for a second time (first turn-down was a $70 bid back in November). Singapore-based Broadcom is a stubborn player, however, and may continue its unsolicited takeover move. Meetings are happening again this week (Feb. 15). Stay tuned.

Item No. 2: On the legal front, Qualcomm three weeks ago was slapped with a $1.2 billion antitrust fine by the European Commission for allegedly making billions of dollars in payments to Apple in exchange for exclusively using only Qualcomm’s LTE chipsets in iPhones from 2011 to 2016. The fine followed an investigation by the European Commission (EC), which found that Qualcomm’s payments were made to keep Apple from using similar parts from competing vendors, according to the EC.

The antitrust agency claims Qualcomm abused its dominant market position in making the payments to Apple and that the payments blocked consumers from access to product choices and innovation in their device purchases. We’ll have to wait and see how the ensuing litigation—which could take years–turns out.

Heavy stuff, for sure. Despite all this, there is good news for the company and its customers. Hint: It’s about the future of the product line.

Item No. 3: Qualcomm has been doing a substantial amount of research and development work on 5G connectivity for several years. CEO and board member Steve Mollenkopf wasn’t in attendance at the 5G event (understandably), but other Qualcomm executives told a gathering of about 100 international tech journalists and analysts that they believe the company is one to two years ahead of everybody else in developing silicon for 5G–the technology that’s said to be a full 100 times faster than 4G and that will prove to be critical to the development of self-driving cars.

The company on Feb. 6 and 7 welcomed journalists and analysts from the States and as far away as Egypt, France, Germany, the U.K., Japan, India and China. It offered insights into early-stage use cases to which 5G chips, chipsets and modems will be pointed; revealed an international group of 18 telecom partners who are busy investing in updating their systems in anticipation of the new hardware; and previewed a new set of 5G wireless services that are now being developed.

Why 5G is Such a Huge Step Forward

Why is 5G going to be such a major step forward, as opposed to previous iterations from 2G, to 3G to 4G? Well, there are many reasons—a key one being that a 5G phone will never need Wi-Fi for anything.

The trials are based on the 3GPP Release 15 5G NR standard. The mobile 5G NR trials will utilize Qualcomm Technologies’ 5G mobile test platform and smartphone reference design, which incorporate the Snapdragon X50 chipset and optimize 5G technology within the power and form factor constraints of a smartphone while maintaining interoperability and coexistence with 4G LTE, the company said.

Starting Use Cases for 5G

Use cases for 5G will include enhanced mobile broadband to smartphones; always connected PCs; head-mounted displays for virtual reality, augmented reality and extended reality hardware; and Mobile Broadband, all of which require constant and consistent cloud connectivity. Details include:

These products won’t be seeing release in the market until 2019 at the earliest, Qualcomm executives said.

With all this new connectivity, there will certainly be a lot of professional services needed to aid with connecting standard laptops, phones, self-driving cars, drones, industrial equipment and other devices operating on the edge of networks, collecting data and using cloud services. 5G will help greatly to expand cell phone capability to billions of people while also extending functionality to trillions of things.

Qualcomm will be ready with these services when the time comes. These new wireless edge services will be available on select Qualcomm chipsets, initially the MDM9206 LTE modem for industrial IoT, MDM9628 for automotive products, and QCA4020 for home IoT products, with expansion to Snapdragon platforms later. They are designed to help enterprise users connect their devices in a secure and trusted manner with the ability for large scale deployment performed efficiently.

For the record, Qualcomm is an American fabless semiconductor company that designs, manufactures, and markets digital wireless telecommunications products and services. It produces processors and connectivity solutions, modems, displays, software and charging products.