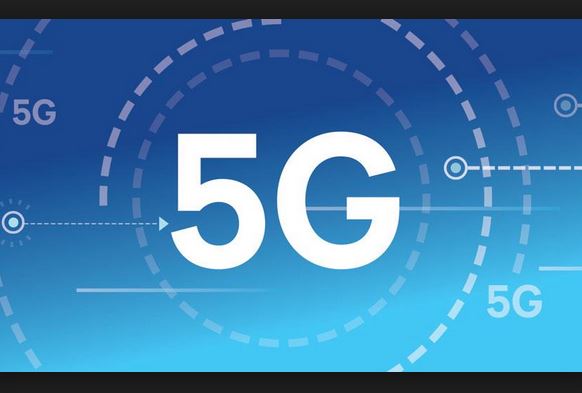 I was at the Qualcomm 5G media event in Hawaii last week (I’m sure your hearts are all bleeding for me). One of the more interesting sessions had people from Qualcomm, Verizon, AT&T and Samsung on stage talking about what will happen when 5G reaches a point where it is ubiquitous.

While 5G will get to critical mass (where it is a viable and desirable feature) in developed countries in mid- to late 2019, it will likely be 2020 or later when it is so common you can depend on it being everyplace you need it to be. This last step is a critical one for folks to reconsider where apps run and begin to rethink what apps do. But the panel also argued that it will change dramatically what we consider a mobile platform to be, because the OS may move as well.

Let’s fast forward a couple of years and talk about what 2020+ with 5G likely will look like.

It is interesting to note that when Steve Jobs first conceived of the iPhone, he thought all the apps would exist in the cloud and not run locally. It was a stupid idea not because it wasn’t compelling, but because, in the early parts of last decade, cloud apps didn’t work well. Besides, Apple sucked at doing anything relating to servers and hosted content. What I find interesting is that one of the things that defined Jobs was hitting at the right time.

But with 5G we get to see a moment where it looks like Apple was first with the concept, but others will get it right first. This is because Apple is slated to be a year or later with 5G (and they still suck at the cloud, which is dominated by Amazon, Google and Microsoft).

As Jobs rightly saw, if you can push everything into the cloud, you get a number of potential advantages—such as nearly unlimited processing power, offline upgrades and patches that are completely managed by the service, stronger security and a better cross platform-consistent user experience. You see, the cloud—not the device—becomes important, and that would potentially break Apple’s lock on customers. So consumers would be able to pick the device and manufacturer they like while keeping the user experience they prefer.

When I say any device, I don’t just mean cell phones, tablets or even PCs. I also mean set-top boxes, TVs, refrigerators (I have one of the Samsung refrigerators with the huge touch screen), cars or even the display built into airplane seats. We might even as a race decide to go back to small flip phones, because for anything that needs a larger screen, it may be provided more conveniently on demand, depending on where we are or what we are driving. (Realize with self-driving cars, we will be free to interact with any device we want, because the robot is driving the car.)

One of the most compelling demonstrations here at the Qualcomm event was VR Telepresence. Imagine being able to see through the eyes (via connected AR glasses) of anyone who will allow you to watch their live stream. You could climb a mountain with a mountain climber in real time and experience visually everything they do, including the risk and possible fall.

I can certainly imagine a large number of people streaming real time and capturing crimes being committed and events we might have otherwise missed—including people in authority misacting. In training, you could see a sport through the eyes—once again real time—of the person training you. Telematics can be used to instrument your arms and legs and see, in real time, what you are doing wrong.

With telemedicine, anyone could have access to an expert who could guide their hands in a process to save a life. And if we add the parallel development of AI, the person helping you may not be a person at all—but you’ll likely not be able to tell the difference.

Wrapping Up: The Tip of the Iceberg

As I listened to the panel discuss the future, my mind began to imagine the increased potential of bending technologies that are all coming together in real time. Centralized AI combined with an increasing number of sensors and Nvidia’s new Turing architecture (which can render photos realistically in real time) and occluding AR glasses could change dramatically how we see the world (at the conference, we visually chose to live in the movie world “Avatar,” for instance).

This kind of change is massive; giants will fall, new giants will rise up and the world as we now know it will be forever changed. Don’t get me started on 6G!