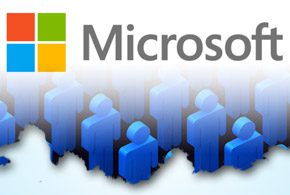 Turner spent 11 years as Microsoft’s COO and had previously served as Wal-Mart’s CIO and the CEO of Sam’s Club, Wal-Mart’s warehouse store division. He will stay with Microsoft through July, said Microsoft CEO Satya Nadella in a July 7 email to employees.

In his wake, Turner will be leaving a changed Microsoft sales organization.

In his email, Nadella wrote about the importance of having “‘one feedback loop’ across all parts of the company with customer value and satisfaction at the center. This means we must operate, learn and continuously improve collectively.” The chief executive added that he had “made the decision to more deeply integrate the current SMSG [Sales, Marketing and Services Group] organization into the rest of Microsoft and form one unified senior leadership team.”

Chief Financial Officer Amy Hood will head up the Sales, Marketing and Services Group’s finance team and Worldwide Licensing and Pricing unit, in addition to her current duties with the company’s central finance group. Hood succeeded Peter Klein in 2013 to become the first female CFO at Microsoft.

The changes are intended to fuel growth “in a world that demands more solutions that are local in nature,” stated Nadella. “Growing globally requires local capability to leverage all of Microsoft’s innovation, marketing and operations in the context of local opportunities and partnerships while overcoming constraints. This means we must do better at surfacing and trusting the insight from local teams on what it takes to drive our customers’ success.”

Meanwhile, Turner is gearing up to step into the role of CEO of Citadel Securities.

“Citadel is a global technology leader, recognized for its work to level the playing field for investors and make markets more fair, transparent and efficient,” said Turner in a statement. “I look forward to leading this exemplary team as we grow this global business. I also want to express my sincere personal thanks to Satya Nadella for his leadership and mentorship, and to colleagues at Microsoft for their friendship, hard work and dedication.”