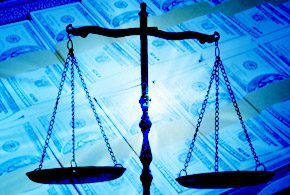 A 37-page letter written by an attorney on behalf of former Uber executive Richard Jacobs contained many more claims of illegal acts beyond the portions of it that were disclosed during a November federal court hearing.

Initially the letter had been sealed, but now it’s been introduced into evidence as a part of the Waymo vs. Uber lawsuit that’s set to be heard in the U.S. District Court for the Northern District of California on Feb. 5, 2018. As a result a redacted version of the letter is now available to the public.

The letter contains Jacobs demands for compensation related to his termination, including salary and bonuses he claimed he earned. The letter also asserts that Jacobs, former manager of global intelligence at Uber, was the victim of retaliation due to his continued objections to Uber’s alleged illegal practices.

The bulk of the letter contains a detailed series of allegations about illegal activities conducted by Uber executives and a second set of detailed complaints about the way Uber’s executives interacted with him. After receiving the letter, Uber reportedly paid Jacobs $4.5 million and his lawyer $3 million.

The letter became part of the Waymo lawsuit against Uber after the U.S. Attorney for the Northern District of California alerted the court of the existence of the letter it obtained in the course of a pending criminal investigation of Uber and several of its executives for a range of violations of federal law.

The criminal acts alleged by Jacobs in his letter include violations of U.S. and California laws, as well as violations of laws in several foreign countries. In the letter they start with violations of the federal Sarbanes-Oxley Act regarding preservation of documents by “evading current and future discovery requests, court orders and government investigations.” In addition, the letter says that Uber lawyers violated ethical rules governing the legal profession.

Jacobs claims that Uber lawyers including Craig Clark and a manager, Mat Henley, devised training and provided advice “intended to impede, obstruct or influence the investigation of several ongoing lawsuits against Uber.” The obstruction included phony attorney-client privilege markings on communications, the failure to preserve records as required by law and other attempts to prevent discovery of Uber’s actions.

In addition, the letter alleges that Clark and Henley directed the use of “ephemeral and encrypted communications” as a way to prevent discovery of Uber’s activities and its intelligence gathering methods. Employees were also told to label all communications with the word “Draft” apparently in the belief that this would indicate they weren’t real.

The alleged violations included using what the letter calls “Non-attributable hardware” which included equipment and software ordered with fake names and through the use of Amazon Web Services.

The charges in the Jacobs letter also included illegal intelligence gathering involving the theft of trade secrets, which violates the Economic Espionage Act of 1996 and the Defend Trade Secret Act of 2016.

Letter also includes claims of illegal hacking into competitor’s data systems, presumably those belonging to Lyft, as well as into the accounts of foreign government officials. The surveillance of Lyft and other competitors included massive attempts to interact with their networks, to impersonate customers and drivers and to hack into the registration information of taxi drivers.

Uber executives also allegedly ordered illegal wiretapping and other illegal surveillance activities violating both U.S. and California laws. Uber allegedly collected “packages” of information on foreign leaders that it could use in negotiations. It also allegedly recorded the conversations of employees complaining of sexual harassment and used the information to identify specific employees who were then forced out of the company.

The Jacobs letters asserts that the activities Uber allegedly engaged in would violate the Computer Fraud and Abuse Act as well as a similar provision under California law. As a part of this effort, Uber allegedly used former CIA operatives to violate espionage laws and the Foreign Corrupt Practices Act. Each of these violations, if proven true, carries penalties that include fines and prison time.

To suggest that these are serious charges would be an understatement. But from Uber’s perspective it gets worse. The penalties for violations of RICO, if proven true include prison time up to 20 years, and/or a fine of up to $250,000 per violation. But that’s just the beginning.

The penalties for a RICO violation include forfeiture of any property derived from the illegal activities. This includes everything the organization or persons have acquired as part of the illegal operations, including real property, personal property and intangible property. Furthermore the law authorizes the U.S. Attorney to seize the assets if the court determines that there’s a probability that the U.S. will win.

In other words, all of Uber could be forfeited to the U.S. government to be disposed of as the court sees fit if the government proves that Uber was a criminal enterprise under the terms of RICO.

When the indictments come down, and there’s every reason to believe that some will eventually, then Uber’s continued existence becomes questionable. In one sense, this is too bad, if only because Uber was clearly an innovative idea that was right for the time.

But on the other hand, if Uber conducted its business in a way that was even partially as corrupt as alleged by Jacobs, then there’s every reason to believe that such practices will remain behind with employees who think they are above the law.

If Dara Khosrowshahi, Uber’s new CEO, can’t purge the managers and senior employees who were complicit in those illegal activities, then Uber itself deserves to be terminated.