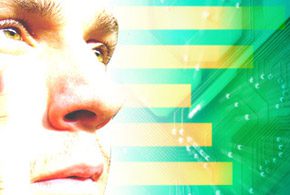 A new year offers new opportunities for environmentally friendly technologies, and Microsoft is constantly scanning the horizon for ways to advance its efforts to help drive the industry toward a greener path and lessen the impact of its own operations, according to Robert Bernard, chief environmental strategist for Microsoft.

Bernard said in a blog post that his company has identified “a handful of themes that we see taking shape that are likely to dramatically transform the role of ICT [information and communications technology] in sustainability.” Those themes provide a peek into areas, beyond green data centers, that Microsoft is watching and perhaps intends to invest in.

Citing Microsoft’s progress on environmental issues, including initiatives like the company’s first renewable energy power purchase agreement and internal carbon fee, Bernard said he feels his company is “still just scratching the surface.” 2014 may shape up to be the year Microsoft, and the industry at large, makes big strides in pushing sustainable ICT.

Topping Bernard’s list is green ICT’s heightened profile in 2014. ICT will finally arrive “as a sustainability strategy for enterprises,” asserted Bernard. Despite “significant advances in the breadth and effectiveness of solutions built on cloud computing” last year, mainstream adoption failed to materialize. That will soon change at big companies. “2014 will see the beginning of the transition from early adoption to mainstream use of ICT-based solutions,” he said.

Renewable energy will also become more commonplace. “Despite expiration of some tax incentives here in the US, demand for green energy will only continue to grow,” stated Bernard. Decisions to buy green energy are being increasingly driven by “by procurement departments, and not sustainability departments,” he said.

In a sign that sustainability is taking root in mainstream operations, Bernard said “operating teams within large companies see green energy as an opportunity for controlling costs.”

ICT-enabled smart buildings ranked third on Bernard’s list. LEED-designed buildings only live up to their full potential when they are managed by energy-aware technologies. Microsoft’s own experience shows “that even LEED gold or platinum buildings can still experience significant efficiency gains when coupled with smart building management systems.” Bernard expects “that 2014 will see a number of major real estate management and ownership companies and cities begin deploying smart building management systems at a much more rapid pace,” thanks to low capital costs and minimal workflow disruption.

Rounding out the list are ways to measure “natural capital,” thereby demystifying nature’s role in the economy and vice versa, and early steps in leveraging ICT to drive efficiency in food production and water consumption.

Bernard also expects an increase in environmental regulations pertaining to water and land use, along with energy sourcing, to have an impact. Also on his radar are “increased shareholder pressure and scrutiny” and improvements in climate and weather modeling.