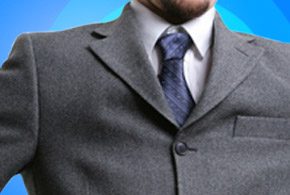 Max Schireson, the CEO of open-source database company MongoDB, is doing something almost revolutionary in the hectic, stressful, fast-paced and work-intensive world of software and IT—he’s leaving his top post to take on a lesser role in the company so he can spend more time with his family.

Schireson announced his plans Aug. 5 in a heartfelt post, “Why I am leaving the best job I ever had,” which he shared on his personal blog. He has been the CEO at MongoDB, which offers a NoSQL document database written in C++, since February of 2011.

“Earlier this summer, Matt Lauer asked Mary Barra, the CEO of GM, whether she could balance the demands of being a mom and being a CEO,” he wrote. “The Atlantic asked similar questions of PepsiCo’s female CEO Indra Nooyi. As a male CEO, I have been asked what kind of car I drive and what type of music I like, but never how I balance the demands of being both a dad and a CEO.”

That lack of questioning because he is male, however, dogged him personally as the father of three children and as a husband, he wrote.

“I have 3 wonderful kids at home, aged 14, 12 and 9, and I love spending time with them: skiing, cooking, playing backgammon, swimming, watching movies or Warriors or Giants games, talking, whatever,” he wrote. “I am on pace to fly 300,000 miles this year, all the normal CEO travel plus commuting between Palo Alto and New York every 2-3 weeks. During that travel, I have missed a lot of family fun, perhaps more importantly, I was not with my kids when our puppy was hit by a car or when my son had (minor and successful, and of course unexpected) emergency surgery.”

His wife, who is a doctor and professor with her own career at Stanford where she also runs a training program for high risk obstetricians and conducts research on prematurity, surgical techniques, and other topics, somehow finds a way to keep their family intact, wrote Schireson.

“She is a fantastic mom, brilliant, beautiful, and infinitely patient with me,” he wrote. “I love her. I am forever in her debt for finding a way to keep the family working despite my crazy travel. I should not continue abusing that patience.”

With all of that going on for years, friends and colleagues have often asked his spouse about how she balanced her work with her family life, but “Somehow, the same people don’t ask me,” he wrote.

That’s when Schireson said he had an epiphany. “A few months ago, I decided the only way to balance was by stepping back from my job,” he wrote. “MongoDB is a special company. In my nearly 4 years at the company, we have raised $220 million, grown the team 15x and grown sales 30x. We have amazing customers, a great product which gets better with every release, the strongest team I have ever worked with, and incredible momentum in the market. The future is bright and MongoDB deserves a leader who can be ‘all-in’ and make the most of the opportunity.”

And with that, his decision was made, he wrote. “Unfortunately, I cannot be that leader given the geography of the majority of the company in New York and my family in California.”

He will stay with MongoDB as a vice chairman and in another less demanding role, he wrote. “I recognize that by writing this I may be disqualifying myself from some future CEO role. Will that cost me tens of millions of dollars someday? Maybe. Life is about choices. Right now, I choose to spend more time with my family and am confident that I can continue to have a meaningful and rewarding work life while doing so. At first, it seemed like a hard choice, but the more I have sat with the choice the more certain I am that it is the right choice.”

In an Aug. 5 telephone interview with eWEEK, Schireson said that he’d heard from many people after they read his post, most of whom lauded him for his decision.

“It’s been an interesting day,” he said. “The feedback has been overwhelmingly positive,” he added. His blog post received some 25,000 page views, far more than the 3,000 or so views that were received when he posted about how the company last year raised another $150 million in investment money, he said.

“I think obviously that the post struck a chord with a lot of people … about the expectations on fathers,” he said. “In the past, I got to be a hero when I watched the kids for a few hours. I’m glad we are talking about this now.”

Schireson said his time so far at MongoDB has “been an interesting and phenomenal experience,” which he wouldn’t trade for anything. “But at the same time I felt that I need to make the change” to enjoy and experience more family time, he said.

Replacing Schireson as CEO and president effective Sept. 3 will be Dev Ittycheria, who was the co-founder and CEO of BladeLogic, according to a MongoDB announcement.

Before joining MongoDB, Schireson spent more than seven years at MarkLogic, which offers databases for unstructured information. He also spent nine years at Oracle, where he served as chief applications architect and vice president of e-commerce and self-service applications.

MongoDB has a thriving global community with more than 5 million downloads of its open-source database, 100,000 online education registrations, 20,000 user group members and 20,000 MongoDB Days attendees, according to an earlier eWEEK report.