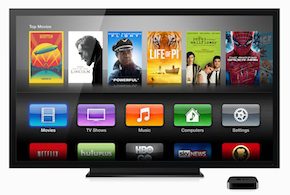 Amazon, which dropped sales of Apple TV devices in October because the devices didn’t offer dedicated access to Amazon’s streaming Instant Video offerings, is now apparently working on an Apple TV app that is rumored to be released soon.

Word of the pending Apple TV app from Amazon was revealed in a Nov. 27 Twitter post by Dan Bostonweeks, the lead iOS engineer for software vendor Madefire, which builds applications that offer motion books.

“I sent feedback to Amazon via the Amazon Instant Video iOS app about supporting tvOS,” Bostonweeks wrote in his post. “They say it’s in development.”

The reply he says he received, which reportedly came from an Amazon representative, said that the Amazon Apple TV app could arrive within weeks.

“Dan, I have interacted with our technical team and have been informed that they are currently working on developing a new app for Apple TV,” the Amazon representative wrote. “As we have already succeeded in developing an app for iPhone and iPad, we hope to make an app separately for the Apple TV. Hopefully, within a few weeks span, you will be able to see the Amazon Instant Video app feature on your Apple TV.”

Amazon has not officially announced such an app so it is possible that it is just a rumor, but it is intriguing for users nonetheless.

The arrival of an Amazon app for Apple TV would make life simpler for Apple users who want to view Amazon Instant Video on their Apple TV (pictured). Presently, it can be done using Apple AirPlay with an iOS or OS X device, but that can be less reliable for streaming video viewing.

The potential development of an app from Amazon is also interesting because it would follow Amazon’s decision in October to halt the sales of Apple TV and Google Chromecast video streaming devices because they don’t include built-in access to Amazon’s huge streaming video catalog.

Amazon announced the move to its Amazon Marketplace sellers in an email that said that the devices would be dropped for sale because Apple TV and Chromecast don’t “interact well” with Amazon’s Prime Video services, according to an earlier eWEEK report. The sales of the products were banned starting Oct. 29. Competing devices, such as Roku’s set-top device, Microsoft’s Xbox and Sony’s PlayStation, are not affected by the move since they work with Amazon Prime Video.

The Amazon Fire TV Stick with Voice Remote sells for $49.99. Its voice remote allows users to speak the name of a movie, TV show, actor, director or genre to call up content. It can also be used to ask the Alexa personal digital assistant for weather, sports scores, traffic, music and other information.

Apple’s fourth-generation Apple TV device hit the market at the end of October with an improved remote, Siri integration, new capabilities for Apple Music, a new operating system, improved gaming and multiplayer options, and more, according to earlier eWEEK reports. Apple TV now includes a 64-bit A8 processor and fast 802.11ac WiFi and comes in two versions—a 32GB model for $149 and a 64GB model for $199. The earlier Apple TV version will continue to be sold for $69.