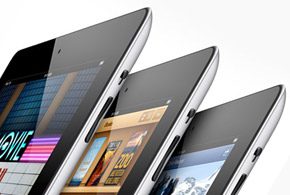 Depending on who you believe, the signs are right for a debut of Apple’s latest versions of the iPad tablet. The last iPad introduction was a year ago, when the iPad Pro 9.7 arrived. Before that the original 12.9-inch iPad Pro arrived in late November 2015 and the iPad Air 2 a year before that. This means that a new iPad is surely due.

Furthermore rumor-mongers are running amok with iPad news, some of which may actually be true. But probably the most certain indicator is that Apple has a long track record of introducing new products while I’m out of the country and can’t do anything about it and that will happen later this month while I’m at CeBIT.

But there’s a better reason to believe that the release of new iPads is just around the corner. Fiksu is a company that produces an SDK that can be used with apps that run on iOS and can report events such as app launches, in-app purchases and registrations. The company says that the results that are reported back to Fiksu are compiled hourly in batches of 10 million. They’re filtered to count unique devices and operating systems.

The Fiksu data shows that Apple has been testing the new tablets since September. The number of new tablets being tested has grown steadily since then. Fiksu has been performing such tracking for several years and the company’s experience has shown that the testing reaches a specific level immediately before the product is introduced and released.

What the data doesn’t show is what the specific types mean. For example, ipad7,1 and ipad7,2 could be two different types of iPad, but it’s more likely that one of those is a WiFi version and the other is a cellular version. This could mean that the four types would actually be two different iPads models, two WiFi and two with cellular connectivity.

It’s worth noting that two different versions of iOS were detected during the iPad tests, one was iOS 10.3 and the other is iOS 11. The current version of iOS is 10.2.1, and 10.3 is already being beta tested with a release expected in less than a month. iOS 11, on the other hand, would normally be expected this fall.

This data could be taken two ways. The first is that we’re seeing the next tests of iPads that are about to be released soon. But the device tests with iOS 11 could mean that at least some iPads aren’t due for release until later this year. On the other hand, it could just as easily mean that some of the iPads doing compatibility tests of iOS 11, but it’s installed on machines planned for release in the next few weeks.

So while iOS 11 may be out later, the machines themselves are due out soon. They will just have version 10.3 when they’re released. A spokesperson for Fiksu said in an email, “Usage was spread across a range of generally popular apps, including games, music, real estate and weather.”

The spokesperson also said that Fiksu “pulled cost-per-purchaser data from the RTB (real time bidding) market on iPads, which shows that its value over the iPhone has essentially disappeared for advertisers. Apple also knows people don’t upgrade iPads the way they do iPhones, so they must be counting on some compelling new features or technology to make new iPads sell.”

What does all of this mean in terms of new iPads that you can expect to see in the near future? The indications have been that there will be an upgraded 12.9 inch iPad Pro that’s set to refresh the one that’s been out for a year and a half.

There have also been predictions from reliable sources that there will be a 10.5-inch iPad in the same form factor as the 9.7-inch device. This would probably mean a device that’s nearly all screen on the front with very little bezel.

But what about a new iPad Air 3? It could be that Apple doesn’t consider that to be an iPad 7, which would mean it’s out there being field tested, but is lost in the numbers. Or it could mean that the 10.5-inch iPad is just a rumor. Or it’s possible this model is so far out that none are being tested yet, which would mean that they aren’t due out until much later than September.

So there are at least a couple of new iPads in the offing. But we’ll have to wait to learn the details.