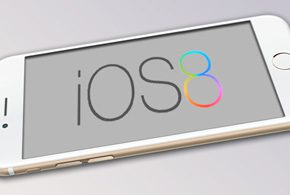 Apple launched an update of its week-old iOS 8 operating system for iPhones, iPads and other devices early on Sept. 24, and then quickly pulled the update back when users began to have difficulties making calls and using their Apple products.

The problems appeared quickly, and comments about the issues were posted by angry and annoyed users on Twitter and other social media sites within a short time after installing the iOS 8.0.1 update on their devices.

Some users complained of apps crashing on their Apple iPhones, iPads and laptops, while others complained about cellular service disruptions and problems with TouchID fingerprint sensors, which prevented users from unlocking their devices, the Twitter posts said.

Apple released its iOS 8 operating system on Sept. 17, with a full array of new capabilities and features, according to an earlier eWEEK report, including improvements related to photos, messaging, file sharing and device interconnections, according to the company.

Among the enhancements are easier ways to find and edit photos, as well as the ability to add a user’s voice into a text message, according to the company.