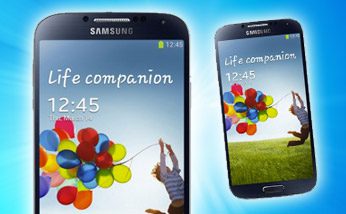 ARM Holdings, which has emerged in recent years as a key rival to giant chip maker Intel, will soon have a new top executive running the company.

Warren East, who as CEO has overseen ARM’s rise to prominence as its low-power processor designs have come to dominate the booming mobile device space, announced March 19 that he is retiring July 1 and that Simon Segars, who has been with the company since 1991, will replace him.

During a brief conference call with journalists and analyst, East—who has been with ARM for 19 years, the last 12 as CEO—said that long-term plans are now in place for the company into 2020 and beyond, and that the plans needed a top executive who would be on board to ensure those plans are implemented.

That job will now fall to 45-year-old Segars, who has climbed through the ranks of the company since his arrival, with jobs in such areas as engineering, sales and business development.

The move comes at a time of strength for ARM. During East’s tenure, the company drove the designs of low-power chips that now can be found in the bulk of such popular devices as smartphones and tablets, and partnered with such chip makers as Nvidia, Qualcomm, Samsung Electronics and Texas Instruments. ARM’s star grew brighter as consumers and businesses alike over the last few years have turned to mobile devices, a trend that has led to slowing sales of PCs, most of which run on Intel chips.

“It’s very hard to imagine a digital world without low-power [chip technology] from ARM,” East said during the press conference.

Segars lauded East for his work in directing the company over the past 12 years and his collaborative approach, both with the executive leadership within ARM and the company’s long list of partners. ARM is constantly evolving, he said.

That evolution has brought ARM into closer competition with Intel over the past few years. ARM’s chips power most of the smartphones and tablets from such device makers as Apple, HTC and Samsung. The popularity of the devices has hobbled PC sales, forcing the likes of chip makers Advanced Micro Devices and Intel—as well as system makers Dell and Hewlett-Packard and software giant Microsoft—to look for new growth areas outside of PCs.

Over the past few years, Intel has been driving down the power consumption of its x86-based processors—particularly its energy-efficient Atom platform—with an eye to making inroads in the mobile device space. Over the past year, a host of device makers have launched smartphones powered by Atom chips aimed at overseas markets.

Officials with Intel—who also are looking for a replacement for outgoing CEO Paul Otellini—are hoping the combination of their processor technology and Microsoft’s new touch-enabled Windows 8 operating system will enable the company to begin capturing more of the market.

At the same time, ARM officials and their partners are seeing their low-power chips as perfect fits not only for the PC space, but also the market for small servers running in hyperscale and cloud environments, areas that have long been the domain of Intel. ARM chip-making partners such as Calxeda, Nvidia and Samsung are prepping chips for servers, and AMD also is preparing to begin making server chips based on the ARM architecture. In addition, Dell and HP both have projects under way to create low-power servers based on ARM chips.

As the competition between Intel and ARM has intensified, executives with both companies have been dismissive of their rivals. In an interview with the All Things D news site in October 2012, Otellini compared ARM with past chip rivals Transmeta and Via Technologies.

“I happen to be around long enough to remember those guys,” he said. “People come and go, and we’ve never had an exclusive, if you will. And, overall, the best chip has won.”

In the server space, Intel officials have said ARM will encounter problems by not being able to run legacy Windows applications that so many businesses rely on.

In an interview with Reuters in January 2012, East said Intel’s efforts around mobile chips were “good enough,” but that Intel would not be able to threaten ARM’s dominance in the mobile device space.

“It’s inevitable Intel will get a few smartphone design wins,” East said. “We regard Intel as a serious competitor. Are they ever going to be the leaders in power efficiency? No, of course not. But they have a lot more to offer.”