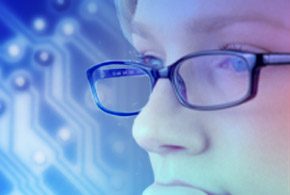 Research In Motion is a company that has turned off many of its strongest supporters. The firm was, prior to the launch of the iPhone in 2007, a leader in the mobile market, delivering the smartphones and software that nearly everyone wanted. But since then, it has watched the Apple iPhone and Google Android take over. As a result it has become the brunt of jokes as it attempts to stay afloat in increasingly dangerous waters.

Of course, such trouble has caused many industry observers to predict RIM’s death. The BlackBerry maker just doesn’t have what it takes, they claim, and it has no strategy in place that’s strong enough to turn things around.

Although it’s hard to argue with the latter charge, it’s far too early to say that RIM is all but dead. The fact is, the company has many of the tools necessary to be successful again. The trouble is that its current chief executive, Thorsten Heins, doesn’t want to check all the boxes that would return the company to a path back to success.

However, Heins has to act quickly. The time has come for RIM to either reinvent its business model or fail.

These are the things that RIM should do right now to save the ailing BlackBerry.

RIM’s current core market is international. With that in mind, the company shouldn’t focus too much of its efforts on places like the United States and Canada, where it’s seeing shipments decline sharply. The developed international markets are keeping RIM afloat right now and present its best avenue for recovery.

Next, it’s important for RIM to understand the importance of emerging markets. In several countries in South America, buying an iPhone is simply too expensive at this point. However, if RIM can deliver cheaper, older BlackBerrys there, it might be able to win over customers. Emerging markets could be central to RIM’s success.

The BlackBerry network is a key component in RIM’s current success. The service allows RIM to control email, messaging and networking across the BlackBerry world. RIM should continue to enhance that network and attempt to add more applications to it that appeal more to customers. The BlackBerry network right now hasn’t been tapped as a platform for growth.

BlackBerry 10 is taking far too long to launch. Initially, the software was slated to be available late last year. Then, it was pushed back to later this year. Now, RIM says it won’t launch until early 2013. That’s too late. Even if BlackBerry 10 isn’t fully baked, RIM must get the operating system and its future-focused features into customers’ hands. To delay any more would be a serious mistake.

5. Stick to a few devices

RIM over the years has become overambitious about released and supporting multiple mobile models. As Apple has shown, customers will be content with one really well-designed model that comes in different flavors and can run many different applications, depending on their needs. So, RIM should consider cutting the multitude of BlackBerry models and stick with only a few really good ones. It’ll not only cut down on design costs, but should help customers determine what they need, and why.

6. Focus entirely on the enterprise in developed countries

Unfortunately for RIM, it has all but lost the consumer market. So, the last thing the company should do is try to win them over in developed countries. In places like the U.S. and even its home country of Canada, RIM must focus solely on the enterprise and give up on consumers, at least for the short time. In emerging markets, on the other hand, it can focus on both sectors of the market.

RIM has tried to maintain control over its entire product experience by delivering both the software and hardware. But if the company wants to truly be successful, it needs to consider licensing BlackBerry 10 to other vendors. By doing so, RIM can expand its addressable market and increase chances of its software appealing to customers again. Although RIM should cut down on its own product lineup, it should encourage other companies to invest in its platform. With those two elements working together, adoption should rise.

It’s not immediately clear whether BlackBerry OS is really the best way to go for RIM. So, the company should at least consider adopting other operating systems, like Android and Windows Phone. As mentioned, the BlackBerry network is really what’s most important. With a few changes RIM can make its service work across different platforms. This is not to say that RIM should definitely adopt other operating systems, but if developing its own software is too costly, not considering others would be a mistake.

Let’s assume that RIM sticks with BlackBerry OS. If it does so, the company must find a way to cut down its business. Being RIM nowadays is very expensive. That cost is part of the company’s troubles. By cutting the fat and centering its focus, RIM can go a long way in putting itself in third place behind iOS and Android. Maintaining status quo just won’t work.

RIM has what some call the most attractive patent portfolio in the mobile industry. And considering the sheer number of lawsuits affecting the space, many of its competitors would love to their hands on its portfolio. So, why not let them? RIM is sitting on billions of dollars in licensing fees. To not offer its patents to competitors is a mistake. RIM needs cash and its patents are an untapped resource.