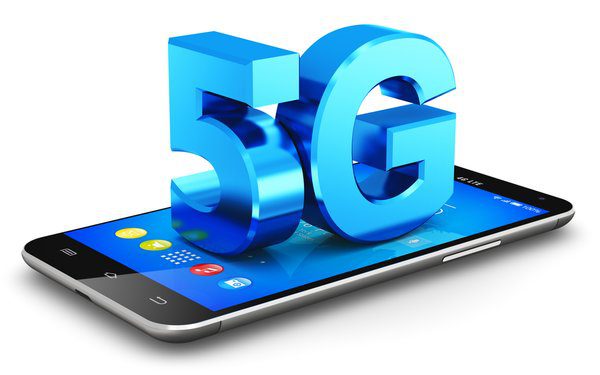 When Samsung’s Galaxy Unpacked 2019 event is held on Feb. 20 in San Francisco to announce its latest flagship smartphones, consumers and business smartphone users will likely be asking the same question: “Samsung, what cool innovations do you have for us now?”

And, as always, the answer will likely determine the future success level of the company’s latest mobile handsets in the global marketplace.

In the meantime, the usual rumors and reports continue to circulate about what the new phones will include, from display sizes to memory, processors, 5G capabilities and more. The big test will certainly be how the latest Galaxy flagship phones, which will likely be called the Galaxy S10 and the larger S10+, will stack up against Apple’s latest and popular iPhones and handsets from other vendors.

With 5G networks and technologies continuing their development, Samsung is expected to include 5G capabilities in the new models as widespread 5G commercial network operations begin to appear for users this year and into 2020, region by region.

So beyond 5G, what else will Samsung unveil in its new handsets? For the answer to this and other questions, eWEEK asked several IT analysts for their views.

Avi Greengart, a mobile device analyst with GlobalData, said a big challenge with every new phone model release for Samsung and other vendors is that as phones have matured, users are holding onto their phones longer.

“As much as Samsung needs to compete with Apple, it needs to compete with the phone consumers already have – the S10 needs to be a phone that entices existing Android phone owners to upgrade,” Greengart told eWEEK. “We know what phones are and what they do – no single new feature is likely to be groundbreaking. However, design is definitely an area of focus; Samsung was actually the first vendor with an edge-to-edge display, but now that’s not enough.”

The new phones will almost certainly include 5G capabilities for each of the major mobile carriers’ networks as they come online, but more will be needed to make a sales impact, he said.

“There is a tricky balance that Samsung must hit – it needs radical designs and bleeding edge technologies like folding displays and 5G that push the envelope for early adopters, but it also must make more traditional 4G phones exciting enough to entice mainstream consumers to upgrade as well,” Greengart said. “It’s not enough to just cram massive amounts of technology into the phone for the wealthiest consumers. In the U.S., the competition really is focused around Apple and Samsung, but in Europe and Asia, Chinese brands like Honor and Xiaomi are attacking Samsung with premium phones at lower price points.”

Samsung Can Fight Apple to a Draw

“At this point, Samsung is one of the two to three phone makers that can and do fight Apple to a draw,” King told eWEEK. “With phones like Samsung’s [current] Galaxy S9, it really comes down to the buyer’s operating system and applications preferences. That’s a significant contributor to Apple’s overall slowdown in iPhone sales growth over the last few months.”

For buyers, solid and noticeable improvements in cameras and displays in newer phones can help Samsung inspire more sales of its latest handsets, while a larger issue for many customers are the high prices of the devices, King said.

“I believe the emergence of $1,000 handsets last year clarified the ceiling of what the vast majority or consumers will pay for a smartphone,” King said. “So it’s important for Samsung to either deliver significant, compelling new features or performance capabilities, or to show greater flexibility in pricing.”

Tuong Nguyen, an analyst with Gartner, said a big issue that Samsung and other handset makers have to deal with when releasing new models nowadays is that for buyers, it’s tough to differentiate because all the major vendors have large screens, plenty of storage and all the rest.

Complicating that conundrum is that most buyers, regardless of what phone they currently use, most likely has all the features and specifications that they even need on a daily basis, Nguyen said.

“When you ask people if they want more of anything they’ll likely say ‘yes.’  But when it comes down to paying for it or giving up something else to get more on their phone, the answer is a bit fuzzier,” said Nguyen.

For Samsung and other smartphone makers, there are no current “must-have” features that can be included in a handset to assure huge resulting sales of the phones, he said. “I think there are numerous features that are compelling, but they need to improve and come together in a way that increases the value proposition of smartphones in a significant way.”

What could boost sales for a phone would be the ability to use a smartphone as a hub or centralized device so users could control different aspects of their tech lives without having to open multiple apps or make other adjustments, Nguyen said. “I would categorize all this under learn, predict, surprise and anticipate. This is the type of step change we need to drastically attract users,” Nguyen said.

Another analyst, Rob Enderle, principal of Enderle Group, told eWEEK he expects the new Samsung flagship devices to include 5G, a bump in performance and features such as battery life and camera quality, as well as enhancements in wireless charging–including a rumored feature that enables the phone to charge another device wirelessly at the same time.

“Samsung continues to provide more for the money than Apple does largely because they manufacture much more of the core technology and operate on far slimmer margins,” Enderle said.

What Samsung will have to try to overcome, though, is that because wide deployments of 5G is still more than a year away many users may be satisfied to hang on to their existing handsets for now, Enderle said.

“Smartphones have been really good for years now, and the natural need to replace them has dropped sharply over time,” said Enderle. “In the current period, this behavior is likely more directly related to a reduction in effective demand-generation.”