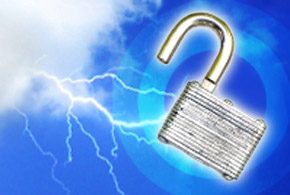 There was some brief rejoicing around Washington, D.C., on March 11, when Sen. Patrick Leahy (D-Vt.) announced legislation that would order the Librarian of Congress to reconsider the decision that makes it a violation of the Digital Millennium Copyright Act to unlock a cell phone without the permission of the carrier. Previously, the Librarian had exempted cell-phone unlocking from the DMCA, but in January made a puzzling ruling that changed this.

The new law, known by its short title, “Unlocking Consumer Choice and Wireless Competition Act” (S.517) which seems very likely to pass due to its bipartisan sponsorship and the probable introduction of similar bipartisan legislation in the U.S. House of Representatives in the near future, would order the LOC to reconsider the decision to eliminate the exemption for cell phone unlocking and to make a new decision within one year. Sen. Leahy, principal author of the DMCA, said in a statement that such a limitation wasn’t the intent of the law at all.

“When I wrote the DMCA, the law was intended to allow choice and protect consumers,” Leahy said in a prepared statement. “This straightforward restoring bill furthers that objective. When consumers finish the terms of their contract, they should be able to keep their phones and make their own decision about which wireless provider to use. They should not be forced to stay with their original provider due to software that restricts a phone to only one network.”

“I am pleased that many wireless providers already sell unlocked phones, or will unlock phones for consumers once contracts expire, but that does not mean that consumers should face penalties under the DMCA for taking those same steps on their own,” Leahy added in his statement. “This bill will protect and promote competition in the wireless market by allowing consumers to bring their phones with them to the provider that best suits their needs.”

Leahy also noted that Congressional action was necessary due to public demand that cell phone users continue to be able to unlock their phones, regardless of whether the carrier agrees. “Over the past few weeks and months, consumers have spoken clearly; they want to retain the right to transfer their cell phones between wireless providers, if they so choose, when their contracts expire,” Leahy said in his statement. “I agree.”

Leahy also called for the cell phone unlocking exemption to be expanded to include tablet devices with cellular data capabilities. While many tablets, including the iPad, are already unlocked, many are not.

The problem with the legislation as written, shown here on the Website of Public Knowledge since it’s not available on the Senate’s site yet, can be found in two provisions.

Cell Phone Unlocking to Get a Reprieve Under Proposed Senate Bill

The first is to overturn the LOC decision to drop the cell phone unlocking exemption from the DMCA for the next two years. The second is the requirement for the LOC to determine whether to extend the exemption. It’s worth noting that nothing in the bill requires the Librarian to continue to keep the exemption in place the next time it comes up.

What this means is that the LOC could decide to drop the cell phone unlocking exemption again in two years, putting us right back where we are now.

Public Knowledge pointed this out in a prepared statement sent to the media on March 11. “We’re glad that Chairman Leahy recognizes that the Library of Congress’ decision was untenable. However, this only serves as, at best, a three-year band-aid on the larger problem. Furthermore, the bill does not require that the Library reach a different decision on unlocking,” Chris Lewis, Public Knowledge’s vice president of government affairs said in the statement.

Perhaps more important from the Librarian’s view is the fact that the author of the DMCA, Senator Leahy, is telling the LOC that the interpretation of the law was wrong. The fact that the bills enjoy strong bipartisan support and the support of the White House should be as strong a message as there could be that the cell phone unlocking decision was a dumb move. While the Librarian of Congress may have caved in to lobbying pressure from a couple of big cell phone companies, the Librarian’s hands are now being very thoroughly slapped.

It’s extremely unlikely that the Librarian will risk the ire of Congress by making the same mistake again. But he could. While there have only been 13 Librarians of Congress since the institution was founded in 1800, that doesn’t mean that there couldn’t be a 14th.

It would seem that the reason the Leahy bill doesn’t simply order the change in interpretation and have it stay that way is more to respect the office of the Librarian than anything else. Congress has told the LOC what it wants done on no uncertain terms. I don’t think the Librarian would go against the clear intent of Congress even if that prerogative technically exists.