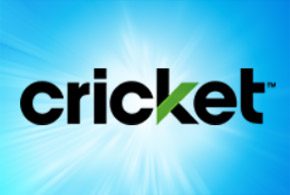 The $50 monthly plan, the company’s most popular offering, also includes unlimited talk and texting, as well as all taxes and fees. Customers who sign up for automatic monthly payments for their prepaid accounts also get another $5 off their monthly charge, bringing the cost of the plan to $45 a month.

Cricket—which is a subsidiary of AT&T and operates over the AT&T network, including 4G LTE services—on Oct.27 announced the increased data allotment for the plan.

Existing Cricket customers who have the $50 monthly plan must upgrade to the new 8GB version of the plan by visiting a Cricket Wireless store, through the MyCricket app or through Cricketwireless.com.

“Today’s mobile lifestyle requires more data access than ever before, and Cricket continues to focus on finding ways to delight our customers by giving them more for less,” Tiffany Baehman, chief marketing officer of Cricket Wireless, said in a statement.

In April, Cricket added a $70-a-month unlimited mobile plan for customers who required more data than their existing monthly no-contract, prepaid calling plans offered. The plan is $65 a month with the automatic payment option. The plan, also includes taxes and fees in the monthly $65 or $70 price.

Data use over the monthly limits on all plans slows data speeds to a maximum of 128K bps for the rest of the monthly plan cycle.

Cricket’s parent, AT&T, announced on Oct. 22 that it is acquiring media and entertainment company Time Warner for $85.4 billion as it continues to build a collection of diverse and intermingled operations.

AT&T reported operating income of $6.4 billion in the quarter, up from $5.9 billion a year prior. Diluted earnings per share attributable to AT&T are 54 cents per share, up from 50 cents a share in the same quarter in 2015.

In the third quarter, AT&T reported 53.9 million total consumer wireless subscribers, down 1.7 percent from 54.8 million a year ago. AT&T reported 21 million postpaid net phone customer adds in the quarter, down from 23 million one year ago. The company logged a third-quarter postpaid churn rate of 1.19 percent, down from 1.33 percent in 2015.