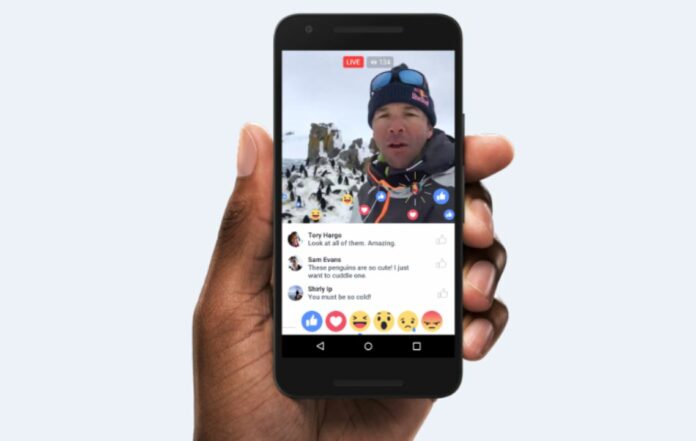 Facebook took a hard swipe at competitor YouTube April 6 by launching several new features for its Facebook Live function, all of which make it easier for mobile users to create, locate and share live videos to groups of people.

The most important new function the world’s largest social network rolled out is the ability to broadcast live streaming video in Facebook Groups and Facebook Events. Live in Groups allows users to broadcast to only the people in that particular group; for example, users can go live in a family group, or share a workout plan in a fitness group.

Live in Events enables users to go live from a birthday party to allow those who can’t make it to join the fun, for example. A performer can go live backstage to the people who have RSVP-ed to the event to give them a sneak peek. Users can turn on Events to schedule a live Q&A session or do a job interview.

Facebook launched Live last summer to public figures via the Mentions app and more recently to everyone in the U.S. using its iOS and Android apps. The Live app enables users to stream live videos shot on iPhones and various Android phones directly into their own News Feeds on their Facebook pages.

It is a move that smacks obviously of a strategy to entice younger users to Facebook — or back to Facebook, as the case may be. Many younger smartphone users have moved to SnapChat, Instagram and other image-focused social networks because, in general, they are fast and easy to use–and their parents aren’t on them, as they are on Facebook.

Since the world’s largest social network has continued to expand its reach to more than 1.59 billion people, it has necessarily attracted older folks over the age of 35 to its functionality. In 2014, 56 percent of Internet users age 65 and older were using Facebook, up from 45 percent who did so in 2013 and 35 percent in 2012, according to the Pew Research Center.

“Their new video feature is one of the first features that could bring young users back to FB. Meerkat or Periscope just aren’t entrenched yet,” Patrick Moorhead, analyst with Moor Insights & Strategy, told eWEEK.
“Facebook is getting serious about video. Unlike other times they’ve tried to lure in younger users, this one could be a success.”

More Connectedness is the General Idea

“We hope this new ability to both broadcast and watch live video within Groups and Events enables people to connect more deeply with their closest friends, family and the communities of people who share their interests,” Product Management Director Fidji Simo wrote in a blog post.

Facebook found out that it needed to make searching for videos easier to do. As a result, Live videos will have a dedicated position on the Facebook’s new mobile app, enabling users to get information about new live videos from friends and other trending videos that users around the world are watching.

Facebook desktop users will be supplied a Facebook Live Map to show users videos that are being shared in 60-plus countries.

Another new feature is the ability for viewers to add reaction emojis to live videos — the same ones (Love, Haha, Wow, Sad, Angry) Facebook added to its “Like” button on Feb. 24. Users also can invite friends to watch their live videos by tapping on an “Invite” icon and then choosing the people who they want to see their video. Facebook will send out push notifications with the invitation.