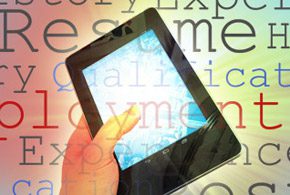 Worldwide shipments of tablet computers dropped another 12.3 percent in the second quarter, falling to 38.7 million from 44.1 million one year ago, as the segment continues its steady decline from being a growth marketplace just seven years ago.

The preliminary figures, from research firm IDC’s latest worldwide quarterly tablet tracker, show that the decline comes as tablet makers modify their product lines to fit steadier demand for tablet devices with detachable keyboards, while consumers “hold off on purchases,” according to the company’s report.

The figures found that 65 percent of the tablets shipped in Q2 were Android machines, 26 percent ran iOS and the rest ran Windows. “Though this trend has been constant for years there are early signs of change as the Android vendor list has contracted and champions of the OS have begun to offer Windows-based products, hedging against the decline of Android slates,” the report continues.

“The market has spoken as consumers and enterprises seek more productive form factors and operating systems—it’s the reason we’re seeing continued growth in detachables,” Jitesh Ubrani, an IDC analyst, said in a statement. “At present, it’s difficult for Android to compete with iOS or Windows detachable products. However, the next 12 to 18 months will be very interesting as Google launches the next version of Android with better multi-tasking support and as they begin to bring together their two operating systems.”

One trend that’s being seen is a shift by vendors toward productivity-focused devices for both enterprise and consumer markets, said Ubrani. “That being said, there will always be a place for regular slates (without keyboards) as they still fare well in certain verticals and consumer use cases. For example, in emerging markets slate tablets are often used in an educational setting or consumers with limited disposable income sometimes opt for low cost slate to fulfill their daily computing needs.”

Breaking the pattern, though, one tablet vendor—Amazon—is continuing to sell plenty of its own Amazon-branded tablets despite the overall slowdown of the segment, according to IDC. Amazon sold 1.6 million Fire tablets in Q2 2016, which is a 1,208 percent increase from the 100,000 devices it sold in the same quarter a year ago.

The big sales rise for Amazon has come with its $50 Fire tablets, Ubrani told eWEEK, noting that it “has been a bigger hit than any of the tablets they’ve shipped in the past. While it’s a little too early to tell for sure, it seems that they’re not bound to the seasonality of the market anymore.”

Jean Philippe Bouchard, another IDC analyst, said in a statement that Amazon used “a very focused approach to positioning, price, and purpose” to capture a considerable share of the market. “Slate sales are declining but they still serve a purpose and will do so for a long time to come,” he added.

A similar tablet study in July of 2015 by ABI Research found that Q1 tablet shipments fell by 35 percent compared with the fourth quarter of 2014, giving the category its worst quarter-to-quarter decline since it was first tracked in 2009. Year-over-year, the decline was 16 percent.