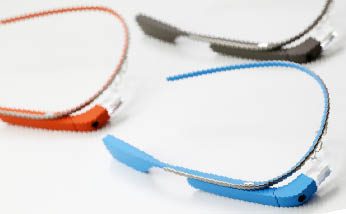 Google Glass will be launched later this year for retail sales to buyers, which is at least months earlier than the 2014 retail debut the company has been targeting since last year, a source inside Google told eWEEK today.

“Our goal is to launch Glass later this year,” the source told eWEEK in an email response May 21 when asked if rumors circulating in online news reports about an earlier release timeframe are accurate.

The Glass project was unveiled officially for the first time to developers at the June 2012 Google I/O Developers Conference, where the eyewear-mounted computer was the hit of the conference. Since the first showy demonstrations of Google Glass a year ago, Google has piled more and more mystery, detail and excitement onto the Glass project, resulting in a flurry of headlines every time Glass is mentioned by the company.

When it comes to hype, Glass has had it hands down from the start.

And since that June 2012 debut, Google has insisted that while developers and a small segment of trial users, called “Explorers,” would be able to buy early copies for testing, the retail debut of the devices wouldn’t hit retail stores anywhere until 2014.

That’s all changed now, according to the Google source, who would not elaborate on why the retail launch schedule is being moved up.

Not all the news about Glass has been flattering, of course. Privacy experts have been publicly sharing some of their concerns about how Glass might be detrimental to privacy as the devices begin showing up in cities and towns across the nation.

A West Virginia legislator even introduced a bill this past March that would have banned drivers from operating motor vehicles while wearing Glass and similar head-mounted devices, but the bill stalled and no action was taken in the last session of the state House.

Some members of the U.S. Congress are also taking up the cause of asking lots more questions about the privacy implications of Google Glass, even before the devices are sold to the general public, according to as recent eWEEK report.

Earlier this month, the Bi-partisan Congressional Privacy Caucus sent a letter to Google CEO Larry Page asking some pointed questions about how Google planned to ensure that the privacy of users, and more important, non-users, was being protected. The members of the caucus noted a series of stories in the media that had emerged about Google Glass, particularly the ability to find detailed information about a person just by looking at them, and letting Google perform facial recognition and then providing all available information.

Other big Glass news arrived May 16 at this year’s Google I/O Developers Conference, where Glass-enabled Facebook and Twitter apps were launched so that early Glass testers can use the devices to hook up with their favorite social media platforms.

Twitter announced its new app for Glass in a post on The Twitter Blog, highlighting the app’s ability to let users easily share photos and connect with others using the 140-character messaging platform. Glass users of the Twitter app will also be able to keep up with people they follow on Twitter using notifications for mentions, direct messages and tweets from specific users.

To obtain the Twitter app for Glass, users can visit the Google MyGlass Website and turn on the app.

The new Facebook app is also available now, allowing users to upload photos to their timelines and add descriptions with voice. Other new Glass apps that are scheduled in the future include Tumblr, CNN and Elle, which are still in development.

In March, Google began demonstrating some of the cool third-party apps that were first made available for the first Glass devices that have been shipping to early users. Among them were a news app that delivers headlines and photos from The New York Times, an email app and a note-creation app for Evernote.

Earlier in May, the first software updates for the eyewear-mounted computers were distributed by Google, including new features such as incoming Google+ notifications for users. The new Google Glass XE5 software update features a host of improvements, such as crash reporting for the devices, incoming Google+ notifications for direct shares, comments and Google+ mentions, and increased speed for transcription of queries and messages.

The first Google Glass preview units began shipping in April to developers who signed up at the original June 2012 Google I/O conference to buy an early set for $1,500 for testing and development.

In February, Google expanded its nascent test project for Glass by inviting interested applicants to submit proposals for a chance to buy an early model of the eyewear-mounted computer and become part of its continuing development. In March, Google also began notifying a pool of applicants who were selected to purchase the first 8,000 sets of Google Glass when they become available for real-world use and testing later this year by consumers. Those selected applicants are beginning to receive their units in waves.