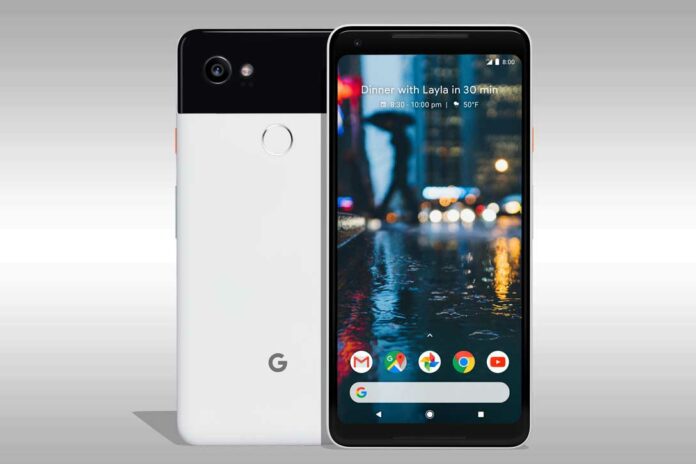 Google introduced the Pixel 2 XL and Pixel 2 smartphones Oct. 4, to refresh the sales momentum behind these popular Android handsets and their Google-centric applications.

Besides differences in screen size and battery capacity—the Pixel 2 XL has a 3,520mAh battery while the Pixel 2 uses a 2,700mAh battery—the two phone models share most other key features.

The new 4G LTE smartphones were also joined by a variety of other new consumer devices from Google, including a new Pixelbook Chromebook, designed for users who want a high-performance notebook for office, school or home use, as well as two new Google Home Mini and Max home assistants. Google didn’t neglect the virtual reality space, introducing an improved Daydream View VR viewer and an all-new Clips mini camera that can capture images anywhere.

But the focus for Google’s live-streamed launch event was on the Pixel 2 handsets, which include Corning Gorilla Glass 5 display covers and always-on displays, Qualcomm Snapdragon 835octa-core processors and the Adreno 540 graphics chips.

They also have 4GB of LPDDR memory and model options of 64GB or 128GB of internal storage. Both also run on Android 8.0 Oreo and include unlimited online storage for photos and videos using Google Photo.

The phones also incorporate a wide range of Google applications, including Google Assistant, which helps users perform a variety of everyday tasks at home and at work, such as making a call, sending a text and more. With these new features users can activate Google Assistant by giving a slight squeeze to the sides of the handset.

Prices for the new handsets start at $849 for the Pixel 2 XL with 64GB of storage, and at $649 for the Pixel 2 with 64GB of storage. Preorders are available immediately in six countries, including the U.S., Australia, Canada, Germany, India and the UK. For a limited time, buyers are also eligible to receive a free Google Home Mini home assistant with their phone purchase.

The Pixel 2 XL and Pixel 2 are both expected to get a day’s worth of use from a full battery charge or about 7 hours of use from a 15-minute charge using an included fast charger.

Both handsets also include WiFi 2.4G, Bluetooth 5.0 and Near Field Communication connectivity, a Pixel Imprint rear-mounted fingerprint sensor, a USB-C port, an adaptor to plug in a headset and front-focused speakers. Both are also ready to work with the Google Daydream VR viewer.

The handsets are sold unlocked, which enables them for use on GSM or CDMA carrier networks around the world. In the U.S., the phones are compatible with all GSM networks and the Verizon and Sprint CDMA-based networks, according to Google.

Several analysts told eWEEK they have mixed views of the new Pixel 2 phones.

“Google is not breaking any new ground in design nor does it seem interested in doing so because this is about software,” said Avi Greengart, a mobile device analyst with research firm GlobalData.

“Google seems less focused on hardware or design certainly than Samsung or Apple. The Pixel 2 looks rather pedestrian, while the Pixel 2 XL does have the modern minimal bezel and long, rectangular aspect ratio. It looks a lot like an LG V30,” Greengart said.

One surprise is that Google appears to only be planning to sell the phones in six markets around the world, including the U.S., said Greengart. That strategy is particularly interesting since Google just spent $1.1 billion to acquire some 2,000 engineers from HTC to work on mobile products for Google, he said.

Another analyst, Rob Enderle of Enderle Group, said Google will have quite a chore marketing the Pixel 2 XL and Pixel 2 phones as iPhone 8 and iPhone X competitors.

“Given the lock-in that Apple enjoys with its customers, Samsung will likely be hit harder as collateral damage,” by sales of the new phones from Google, he said.

One thing Google did that is in stark contrast to Apple is it provided the top features to both Pixel models, instead of just plugging them into the higher-priced Pixel 2 XL, as Apple did with the iPhone X, Enderle observed.

“They’ll lag a bit on appearance as they are function over form, while Apple is form over function, but the capability of these phones is arguably unmatched,” said Enderle.

Charles King, principal analyst at Pund-IT, said that for Google, it’s not all about phones.

“In the case of Google, financial success is always nice but the new Pixel smartphones are just one part of a broader hardware ecosystem, including Pixel Chromebooks, Google Home speakers and Daydream VR headsets which often leverage the company’s evolving content and services ecosystem,” said King. “Apple and Samsung are also delivering multiple devices but neither one has anything that approaches Google’s content and service capabilities.”