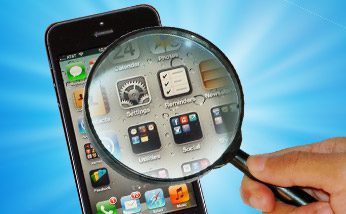 Intel and Apple could be moving closer to a foundry relationship in which the giant chip maker will supply processors for the device vendor’s popular iPhones.

An unnamed source “close to one of the companies” told Reuters that officials with both Apple and Intel have discussed the idea over the past year, though no deal is in place and no timeline has been given. However, such comments will only fuel rumors that have been surfacing occasionally for months, and come a week after Sunit Rikhi, vice president and general manager of Intel’s custom foundry business, told Reuters that his group is prepared to do business with a “potential large, unidentified mobile customer,” though Rikhi never named Apple specifically.

A deal with Intel would enable Apple to reduce its relationship with Samsung, its top rival in the smartphone and tablet markets and a combatant in several bitter legal disputes involving patents.

For Intel, it would be a huge boost to its growing foundry business, where the vendor would manufacture chips for other companies. It also would give Intel a stronger foothold in the booming mobile device market at a time when sales of PCs—and thus PC chips—continues to contract.

Intel chips dominate the PC space, but global sales of PCs have fallen in the past few quarters as consumers turn their attention and dollars to mobile devices, in particular smartphones and tablets. Most of those devices run on low-power chips designed by ARM and made by the likes of Samsung and Qualcomm. Intel is aggressively driving up the capabilities and energy efficiency of its Atom processor platform in hopes of making inroads into the booming smartphone and tablet markets, and has begun to see mobile devices powered by Atom hitting some markets.

At the same time, Intel also has been building up the capacity of its massive manufacturing facilities to handle a growing foundry business, where it will make processors for other companies. Intel executives created its Custom Foundry unit about three years ago, and had signed up three chip makers—Achronix, Netronome and Tablua—as customers.

Intel on Feb. 26 announced that it had signed on programmable chip maker Altera, the largest company to date to sign on with Intel as a foundry customer. On March 4, David Wong, an analyst with Wells Fargo, said in a research note that he viewed the Altera deal as a prelude to a larger foundry agreement with Apple and as a way of gaining greater separation from other chip foundries such as Taiwan Semiconductor Manufacturing Co. (TSMC).

“Our guess is that Intel’s interest in doing the Altera foundry arrangement is that it sees this as a way of exercising how to negotiate and execute a fairly small foundry agreement, and a demonstration of its foundry capabilities, with the goal of eventually securing strategic foundry customers such as, perhaps, Apple,” Wong wrote. “Intel has noted that as time passes and the costs of building leading-edge fabs rises, there are fewer and fewer companies that have enough scale to justify the cost of building new fabs.”

Intel executives have often boasted that the company’s massive manufacturing capabilities are a key advantage over rival chip makers, including ARM. However, they can be expensive—about $5 billion to build a new fab—though Intel this year has steeply ramped up its capital spending budget, from $2 billion to $13 billion.