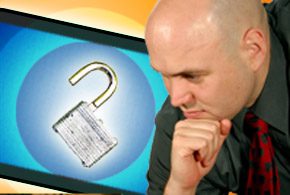 Apple’s iPad Mini is right around the corner, according to the latest reports out of China. In fact, some reports suggest that Apple’s new tablet is in production right now in preparation for an October or early November launch. The device, according to reports, will come with a 7.85-inch display and be priced far more affordably than its predecessor, Apple’s 9.7-inch iPad.

Although the iPad Mini—as it’s currently known—will undoubtedly be good news for Apple and its shareholders, it could have a dramatically different affect on its many competitors. In addition, the device could change how the market operates, and the ways in which today’s customers will be impacted. Simply put, the iPad Mini will prompt some major changes in the tablet market.

Take a look at what those changes might be and how every company and prospective tablet buyer will be affected:

When the late Steve Jobs was at Apple’s helm, he said on numerous occasions that he believed 7-inch tablets weren’t the right size for users. That effectively hurt the broader appeal of smaller slates. But if Apple launches the iPad Mini and it sells well, all of those products that many customers scoffed at because the iPhone maker did, will now be legitimized. That might actually be a good thing for Apple’s competitors.

2. It will put price pressure on competitors

Price pressure will be a major concern for all iPad Mini competitors. Apple has a tendency to deliver quite a bang for the buck. If that holds true, competitors will need to reduce their prices to show a clear difference between their products and the iPad Mini. By doing so, their margins will take a hit. That’s never a good thing in today’s mobile marketplace.

3. It could hurt the bigger iPad

Apple’s new iPad is a hit. And at 9.7-inches, it’s an awfully big slate. But according to reports, the iPad Mini will come with a 7.85-inch screen, making the device a bit more manageable for those who want to go mobile. It’s not a guarantee, but it’s possible that the iPad Mini cannibalizes the new iPad’s sales by appealing to those who want to be ultra mobile. In the past, those folks had to settle for the bigger iPad. Not any longer.

Whenever Apple launches a new product, the company is successful the vast majority of the time. If one were willing to bet, there’d be a good chance the iPad Mini will succeed as well. That success could hurt its competitors, and leave many of them wishing the iPad Mini hadn’t launched.

If the iPad Mini launches, there’s a very good chance that developers will jump to deliver more apps to users. Why? It’s simple: the iPad Mini will increase the total number of tablets in the wild. And with more tablets comes more of an opportunity for developers to generate revenue. With developers, it’s a money game.

6. A renewed focus on 8-inch tablets

Apple’s decision to launch not a 7-inch tablet, but a 7.85-inch slate, could have a profound impact on the marketplace. Soon after its launch, vendors will be offering up 8-inch tablets to gloat about their bigger screen and stave off any attempt by Apple to say that its display is larger than their 7-inch options. Soon enough, 7-inch tablets might go the way of the Dodo.

7. The spec war will start on the low-end

There currently isn’t much of a rivalry brewing between 7-inch tablet vendors when it comes to tablet features and specifications. For the most part, all of the companies are delivering the same components in devices that all look alike. But with Apple now getting into the mix, we can expect a feature war to erupt. Apple’s competitors will stake claims to the fastest processors, the best graphics or the displays with the highest pixel counts. That’s something that has only really happened in the higher-end of the tablet space so far.

8. Carriers might finally get into the swing of things

In nearly all of the 7-inch tablets available today, 3G or 4G LTE service is not available. However, according to reports, Apple plans to change that with 3G service bundled with its 7.85-inch slate. If that happens, expect many more device makers to offer mobile wireless connections, giving carriers the entry point they need to capitalize just as they have with larger tablets.

9. Several competitors will bow out

Right now, companies that have no business competing with Apple overrun the 7-inch tablet market. Companies such as Vizio, Barnes & Noble and a host of others, are trying to carve out a slice of the tablet space for themselves with extremely limited success. Once Apple joins the fray, they’ll bow out. Like it or not, Apple is too powerful and too popular for more than a few highly respected companies to keep up.

10. The enterprise takes even more notice

So far, the iPad has been a favorite among enterprise users. However, there’s a chance that the iPad Mini might also appeal to corporate users. After all, as both RIM and Cisco have found, 7-inch tablets suit the fancy of some corporate users who want a lighter, more mobile device. With Apple now getting into the mix, and the larger iPad already winning over some enterprise users, why wouldn’t the smaller version also prove favorable?