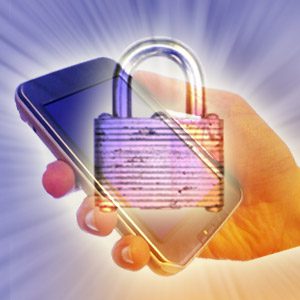 The long-awaited and much-demanded cell phone “kill switch” is finally coming. It’ll show up in drips and drabs and in fits and starts. It won’t be universal. But it’ll be here, sort of.

For reasons that remain open to speculation, mobile phone makers besides Apple have been reluctant to provide their customers with a means of wiping and deactivating their phones if they’re lost or stolen. When Apple announced iOS 7 in 2013, the company included a new feature with the “Find my iPhone” app, which would permanently prevent a thief from activating a stolen iOS 7 device.

Of course, the “Find my iPhone” app has more prosaic uses, such as helping you find your device when it falls under your desk or a family member “borrows” it; I use this feature with depressing regularity. All that’s required to invoke the Activation Lock is to set up a 4-digit PIN and require it for unlocking the phone. When you set up iOS7, this is done by default.

Microsoft will extend the “Find my Phone” app on Windows Phone to have similar capabilities, but there’s no clear word on whether this will be backward-compatible with older Windows devices when they’re upgraded to a new version of Windows Phone.

Google has likewise announced that new versions of Android would have a similar means of protecting phones; however, few details were available.

Unfortunately for nearly all Android users and for many Windows Phone users, the protection of a Kill Switch will remain out of reach for months to come. Many Windows phones don’t receive upgrades from Microsoft even if they’re released because the carriers that sold them don’t provide the upgrades. For example, a Nokia 810 sold by T-Mobile stopped receiving any updates from Microsoft in 2013, so it’s unlikely to expect the kill switch will make it.

The situation is far worse with Android where the OS fragmentation defies any attempt at consistent updates. In fact, most Android devices receive few updates to new versions of the OS, and are also unlikely to get any potential kill switch.

What makes the Android situation worse is that Samsung devices experienced a dramatic increase in theft, even while thefts of Apple devices were plummeting. While Samsung has an anti-theft app of its own, it’s not enabled by default, and it’s not set up automatically when you activate the phone with Google.

The late entry of Microsoft and Google into the kill switch arena gives credence to the view that phone makers and carriers are reluctant to do anything to slow the sale of new devices, and of phone insurance plans that both groups find so lucrative.

Microsoft, Google Chime in With Apple on Smartphone Kill Switch

After all, Apple announced the iOS7 version of a kill switch a year before either Google or Microsoft. Were they simply waiting for reports to surface, as they have with iPhone thefts, saying that thefts dropped in the first year by as much as 40 percent? Or was there another reason?

A more likely reason is that the phone makers and carriers were afraid of government action. In the fall of 2013, 31 state attorneys general sent letters to four cell phone makers demanding a kill switch. More of a concern to both carriers and manufacturers is a bill that’s coming up for a vote in the California State Assembly that would mandate a kill switch for all phones sold in the state. Most likely, cell phone makers are looking at the prospect of those 31 AGs drafting 31 different laws in their respective states, all requiring a kill switch, and all implemented in a different way.

I can only imagine the kind of nightmares such a legal situation might cause for a smartphone product manager. The only thing that these companies could hope for is some sort of federal pre-emption, no sign of which is currently on the horizon. This kind of scenario is likely what led the CTIA to propose the Smartphone Anti-Theft Voluntary Commitment in April.

Unfortunately, because both Microsoft and Google phones are largely updated by their respective carriers, the Kill Switch impact will be relatively small. Statistics released by Google show that only about 14 percent of Android phones are running the latest version of the OS. It’s unlikely that a larger percentage will be able to run the next version with the kill switch.

The obvious solution is for both Microsoft and Google to release stand-alone apps that mirror the capability of the new app so that users can run it on their existing smartphones, even if they can’t get the latest version of the OS. While implementation of such an app will be less than it would be if it was part of the platform, at least it would provide the option.

But will that option ever exist? After all, it’s in the carriers’ and manufacturers’ interests not to do any more than necessary to keep smartphone theft under control because it helps them sell more phones and insurance plans. The fact that those companies are gambling with their customers’ safety, and sometimes their very lives, seems not to be overly important to them.