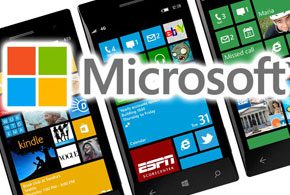 Windows 10 won’t ship until July 29, but the public can already get a glimpse of the PCs, tablets and 2-in-1s that will run the operating system.

At the Computex conference in Taiwan today, Microsoft and its original equipment manufacturer (OEM) partners announced a bevy of new devices designed to run the company’s upcoming operating system. Notably, Microsoft and Japanese electronics giant Toshiba used the event to announced a new Internet of things (IoT) alliance. Its aim is to “build next-generation Windows- and Azure-powered IoT solutions,” said Microsoft in a June 3 announcement.

A major target of the partnership’s Windows 10-based development efforts is the shipping industry. “The companies expect to release a complete offering for the transportation and logistics industry, from devices to services, including state-of-the-art hardware, such as an onboard video recorder than can also track vehicle data and analyze driver behavior,” Microsoft said in a statement. Also in development is a ruggedized environmental monitor to be used in shipping, with 12 sensors, six-month battery life and cloud connectivity to ensure that goods arrive at their destinations undamaged and on time.

Microsoft is also working with Crestron on the latter’s home automation platform called Pyng, combining Windows embedded and cloud to give consumers control over their connected homes.

Nick Parker, corporate vice president of Microsoft’s OEM division, described Pyng as an “elegant home automation technology that utilizes Azure IoT services to connect lighting, shades, audio, thermostats, door locks and security systems, so that everything works together intelligently to make life easier,” in a company blog post. “Connected devices and solutions like these can help make our lives easier and more productive, and help both individuals and businesses save time and money.”

Other companies offering a sneak peek at their Windows 10 gear at the conference are Hewlett-Packard, Dell and Asus, among others.

HP is showing off a new HP 2-in-1 “that features an innovative magnetic hinge design that makes the device flexible, and pen-enabled capabilities that let users annotate directly within the new Microsoft Edge browser,” Parker wrote. Microsoft Edge is the new default Web browser on Windows 10, effectively replacing Internet Explorer. The company also unveiled a productivity-focused tablet with HP Pen support for marking up Webpages with Edge.

Foxconn is demoing a compact Windows 10 desktop, featuring Intel’s Cherry Trial processor, a 6-hour battery and a fingerprint reader that plugs into a TV and can serve as the basis of a streaming device or set-top box. Also on tap is MSI’s gaming laptop, the GT72 Dominator Pro, which Microsoft claims is the first notebook with built-in eye-tracking.

“This is only the tip of the iceberg when it comes to innovation on Windows 10 devices,” said Parker. In the weeks leading up to the Windows 10 launch and beyond, “there will be an incredible variety of PCs, tablets, phones and IoT devices running Microsoft apps and services,” he said.